Despite recent Truvada lawsuits, Gilead Biosciences’ HIV drugs in the Truvada family have been a giant moneymaker for the company since they were introduced in 1997. This particular class of drugs also known as PrEP, which consisted of five separate medications, made billions of dollars in profits for the company before their patent protection ran out and the company replaced these drugs with a new product that also has earned the company outsized profits. Now, the company is facing a multitude of lawsuits claiming that the first generation of drugs caused bone and kidney damage. The company is now accused of suppressing the knowledge that it had that these drugs could be dangerous in order to maximize their profits and to keep selling this class of drugs for as long as possible. 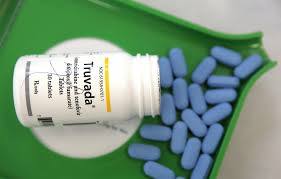 Gilead Has Faced Allegations Relating to Truvada for Years

The allegations that are at the core of these lawsuits have been levied against Gilead for many years. The basic claims in the lawsuit accuse Gilead of purposefully delaying the release of a safer drug so that they could continue to maximize their profits from a drug that they knew to be dangerous. According to the plaintiffs, Gilead continued to sell this possibly harmful drug for over ten years with the knowledge of the harm that it could cause.

For years, Gilead’s flagship HIV drugs were a series of medicines known as tenofovir disoproxil fumarate (TDF). These are sold under the brand name of Truvada. Eventually, when the patent protections on TDF ran out, Gilead switched to selling tenofovir alafenamide fumarate (TAF). There are differences between these two classes of drugs. Both of these drugs are antiretroviral medications. TDF has a much shorter half life than TAF. As a result, TDF must be given in much higher doses than TAF in order to be effective. The TAF dose is only a fraction of the drug content of TDF since much less is required in order to achieve the same result.

Update- 10-23-2020- “A drug company may have violated the privacy of thousands of people who are taking a medicine to prevent them from coming down with HIV. Gilead Sciences, the biopharmaceutical giant, sent out a mass mailing in mid-April to people on its antiretroviral drugs, Truvada and Descovy. The drugs are used to reduce the risk of HIV infection, a prevention measure called pre-exposure prophylaxis (PrEP). The return address on the envelopes read “HIV Prevention Team.” On Thursday, the AIDS Law Project of Pennsylvania filed a federal class action suit against Gilead. It claims the company illegally compromised the privacy rights of patients by recklessly mailing the inappropriately marked envelopes after promising confidentiality. It’s unclear how many people received the letters. The suit demands that Gilead’s HIV Prevention Team immediately stop sending out letters to patients and seeks unspecified monetary damages. It was filed in the Northern District of California. The AIDS Law Project was joined by law firms Berger Montague and Langer Grogan and Diver.” Inquirer

7/17/2020- “Truvada lawsuits claim that the pre-exposure prophylaxis, or PrEP, drug causes bone loss and kidney problems that the drug’s maker, Gilead Sciences, did not warn the public about. In addition, they claim that Gilead withheld a safer alternative, tenofovir alafenamide, or TAF, in order to maximize profits from Truvada. The majority of individual injury cases are pending in California, and the company faces a related class action in the state. So far, there have been no Truvada lawsuit settlements or trials because the litigation is relatively new. In its 2018 annual report, Gilead said it believes these cases are without merit. However, the company expressed concern that losing these lawsuits could result in “significant monetary damages. Cases against Gilead are pending in state and federal courts and involve hundreds of plaintiffs, according to the company’s quarterly report ending June 30, 2019. In addition to the large group of lawsuits in California, people from other states including Delaware and Louisiana have filed individual injury claims.” Consumer Notice

TDF was a class of drugs. There were five different drugs in the class that were sold at one point or another in the last 20 years. Since Gilead is one of the dominant drug manufacturers in the HIV space, hundreds of thousands of people have taken one of these drugs over the years. Regardless of the type of HIV drug, Gilead markets them all under the name of Truvada.

The problem with TDF is that there are negative impacts on both renal function as well as bone density. When TDF was first released, Gilead toured it as a “miracle drug.” Not only that, but the company also stressed the drug’s safety. However, Gilead soon ran afoul of the FDA as a result of the claims that it was making. The regulator took action against Gilead for these claims and directed it to stop making unfounded marketing claims.

However, at the same time that Gilead was making these claims, they allegedly had information in their hands that contradicted the promises of safety. Gilead allegedly had this information in its hands nearly the entire time that it was selling TDF drugs. In fact, one of the lawsuits alleges that Gilead even put this knowledge into a patent application all the way back in 2000, almost 15 years before it applied for the TAF patent.

The High Dosage Can Cause Bone Loss

The specific danger results from the fact that the dose that must be given to the patient is very high. Since there is an impact on the bones and kidneys as a result of the medication, the high dosage magnifies the side effects of the drugs. Patients also reported suffering damage to their teeth after taking the medication. The side effects impacted both people with HIV as well as people taking the HIV preventative drug Truvada.

Bone loss in the hip area

The problem for Gilead is that it allegedly attempted to have it both ways with regard to the TDF and TAF medication. On one hand, Gilead touted the increased safety of TAF drugs when it began to sell them in the marketplace. The problem with that approach is it invites a natural comparison with the alternative. Here, the other class of drugs was the TDF drugs that Gilead sold for many years.

Is there a difference between Truvada and Tenofovir?

“Truvada is the brand name of the medication you are taking which contains the active drugs tenofovir disoproxil fumarate 300mg (equivalent to 245mg tenofovir) and emtricitabine 200mg.” HIVPA

Gilead Was Making Tons of Money on TDF

However, Gilead had patent protection for TDF drugs and was making billions of dollars on the medications. Gilead is a massive company with sales of over $22 billion in 2018. The lawsuits allege that Gildead avoided replacing TDF drugs with TAF medications so long as it has patent protection on TDF drugs and was profiting handsomely. It was only when the TDF patent expired did Gilead decide that TAF drugs (which carried with them a new patent protection period) were safer and should replace TDF. The lawsuits claim that Gilead knew that TAF was safer all along, and even had the opportunity to replace TDF 15 years ago, but declined to do so out of profit motives.

Gilead has faced a number of allegations relating to its sale of TDF drugs. The company was also alleged to have used anticompetitive practices to sell the drugs, but it defeated those lawsuits. Now, the company is facing lawsuits for the fact that it allegedly sold a dangerous product and failed to warn customers of the potential dangers associated with the use of the drug. The company is accused of designing and selling a defective product due to the impact that the drugs had on patients’ bones and kidneys.

Currently, there are hundreds of lawsuits pending against Gilead with new lawsuits being filed. The cases are generally centered in state and federal court in California, where Gilead is based. The cases have survived judicial scrutiny thus far, as a judge has cleared the case to proceed, allowing nearly all of the grounds to survive a motion for dismissal.

In July 2020, a group of 20 additional plaintiffs filed a lawsuit against Gilead in federal court in California. These plaintiffs alleged that Gilead knew all along that TDF was dangerous and learned even more as time passed about the dangers of the drug. The lawsuit further claims that Gilead knew that there was a safer alternative to TDF, but still proceeded to develop the drug for profit considerations.

In fact, the plaintiffs allege that one of the main reasons that Gilead used to obtain FDA approval for the sale of TAF was that it was safer than TDF. Nonetheless, Gilead continued to sell TDF for years after that point, having told the FDA that TDF was potentially dangerous. The plaintiffs even point to even that Gilead was aware of potential dangers to the kidneys when it was developing TDF. However, despite Gilead’s alleged knowledge of the possible side effects, the company did not say anything to doctors or patients while it continues to make large amounts of money from the drug.

In the meantime, the patent to TDF did not expire until 2017, and Gilead continued to sell the drug for as long as it could. Now, it has been replaced on the market by TAF. Still, Gilead continues to reap huge profits in the HIV drug marketplace with market practices that have been challenged in numerous lawsuits.

The  Truvada lawsuits were just filed in 2019, so the cases are at a relatively early stage. Since there have been no significant developments, any type of settlement is still far into the future. If you have taken Truvada and have suffered bone loss or kidney damage, you can still file your own lawsuit against Gilead so long as you are still within the statute of limitations. You should contact a Truvada lawsuit lawyer today.