If you have been sickened by food poisoning, either from products that you bought at a store or a restaurant, the seller can be held liable. Food is just like any product, where the seller could face a product liability lawsuit if it is defective. They assume the legal obligation to sell you food that does not sicken you. In fact, food poisoning lawsuits have led to large judgements and settlement for injured consumers. 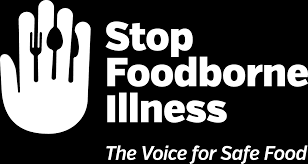 There have been a number of large nationwide outbreaks of food poisoning that have sickened people. It seems as if there are monthly news reports of tainted food, either at restaurants or grocery stores. Some of these incidents have even killed people who simply trusted the seller when they bought the food. You can hold the merchant or manufacturer legally responsible.

Food poisoning is both angering and debilitating at once. When you purchase food or eat at a restaurant, the last thing that you expect is that the food will make you ill. Some foodborne illness is serious enough to cause lasting damage, and even death in some cases. Below is some information on common or severe types of foodborne illness. If you have contracted a foodborne illness and have suffered harm, it is vital that you contact a food poisoning lawsuit lawyer. The manufacturer or the purveyor of the food that sickened you may be legally responsible for your illness.

11/16/2020- “In Mediterranean Grill, a federal judge in Texas granted an insurer’s motion seeking to treat 124 separate cases of food poisoning as a single “occurrence” under a commercial general liability policy because all cases arose from the restaurant’s allegedly contaminated food. Over a one-month period in 2018, nearly 200 cases of food poisoning from salmonella were reported after customers ate at Pasha’s Mediterranean restaurant in San Antonio, Texas. The illnesses led to seven separate lawsuits alleging that the restaurant was negligent in manufacturing and preparing its food, which led to food poisoning. The restaurant sought coverage from its insurer, Travelers, under a policy with a $1 million “per occurrence” coverage limit and a $2 million “aggregate” limit.” National Law Review

11/16/2020- “Fresh Express is voluntarily recalling a limited number of cases of expired 10.5 oz. Fresh Express Kit Caesar Supreme with the Use-By Date of November 8, 2020 and Product Code S296 because it may be contaminated with Escherichia coli STEC 026 bacteria.  The recall is being executed out of an abundance of caution in the unlikely event the product, which is now 8 days past the Use-By Date, is still in stores or consumers’ homes.  The recalled product was distributed primarily in Western and Southwestern U.S. states.” Food Poisoning Journal

10/31/2020- “The CDC has reported two separate E. Coli outbreaks with no known sources, having caused a total of 44 infections and one death. Though the two outbreaks are caused by different strains, they have both been connected to E. coli O157:H7. Investigators are currently deducing the cause of this outbreak, having no advice as of date for foods the public should avoid. The first outbreak has caused 21 infections in 8 states: California (7), Florida (1), Illinois (1), Michigan (2), New Jersey (1), Ohio (7), Utah (1), and Wisconsin (1). Of the reported cases, 8 required hospitalizations and there was one death. The second outbreak has caused 23 infections in 12 states: California (2), Illinois (1), Kansas (4), Michigan (2), Missouri (2), North Dakota (4), Ohio (1), Pennsylvania (2), Tennessee (1), Utah (1), Washington (1), and Wisconsin (2). Of those reported cases, 10 required hospitalizations.  The CDC is currently investigating the outbreak, having found no restaurants, grocery stores, or food items to avoid.” Food poisoning News

Some Different Types of Food-Borne Illnesses

First, it is important to know about the types of food-borne diseases that you could get from tainted food. All of these are serious illnesses that can cause significant injury and even death.

Ask people about tainted restaurant food, and the first thing that many will tell you about is Chipotle. The major nationwide chain had several outbreaks of food-borne diseases that sickened over 1,100 people. In all, there were five outbreaks of disease that included cases of:

In one restaurant in Ohio, 650 people became ill with C.perfringens, which is a bacteria that grows when food is not properly stored. Chipotle ended up paying a $25 million fine to the Department of Justice in a criminal matter.

In addition, there have been other large or well-known recent outbreaks of foodborne illness in the following products:

In general, food safety is improving throughout the U.S, but there are still instances of large outbreaks. However, there have been fewer major outbreaks in recent years. This does not lessen the liability if you have been sickened.

Damages in a Food Poisoning Lawsuit

Customers who become ill from food poisoning are entitled to the same type of damages that they would in any personal injury cases. This includes:

There have been numerous high-profile lawsuits in the wake of large-scale food poisonings. As a plaintiff, you would have a challenge in showing that your illness resulted from specific food poisoning. You would need detailed medical records from a doctor that conclusively determined what made you sick. If you have food poisoning, it is vital that you see a doctor immediately and obtain a thoroughly documented medical file. This would satisfy the causation element of the negligence test. If you were sickened as part of a large national outbreak, you would have a better chance of receiving compensation than if you became ill as part of an isolated case.

How Your Can Sue for Food Poisoning

If you are suing a restaurant or a food manufacturer for a case of food poisoning, here are the legal theories under which you can sue:

You can file a lawsuit against a restaurant or a food manufacturer. Whoever was responsible for your illness can be made to pay. Here are some examples of lawsuits against food manufacturers and restaurants for cases of food poisoning:

As you can see, the damages in food poisoning cases can vary. Some cases will settle for amounts in the tens of thousands of dollars, which severe cases can merit multi million dollar verdicts. In some cases, a jury may punish a restaurant or food manufacturer with a high verdict because their carelessness is downright appalling.

Norovirus is a severe stomach bug that results in nearly 800 deaths each year. It is highly contagious and easily spread. People can contract norovirus in a variety of different ways, including contact with someone who has the virus. It can be transmitted through food. If someone infected with norovirus comes into contact with food, then the food can carry the virus. Norovirus can also spread through water and surfaces. The illness can last from one to three days, but more severe cases can require hospitalization.

According to the CDC, there are over one million cases of salmonella in the United States each year. The illness kills approximately 450 people each year. The illness generally last from four to seven days, but in many cases, it does not require further treatment. However, if the diarrhea is severe enough, hospitalization is required. Salmonella is often spread through contaminated meat. For example, there was a recent outbreak of salmonella that has been connected to Butterball turkey products. There is also another active outbreak of salmonella that has come from tainted ground beef.

While not as well known as the other types of foodborne illness, C. perfringens is every bit as common. While the name is not well-known, this is more familiar to people as food poisoning. Over one million Americans are sickened by this on an annual basis. This can come from eating rotten food or food that was not stored at the right temperature. Due to the nature of this illness, it will most likely not come as part of an outbreak because it comes from individual food not being served and stored in a correct manner.

This mostly results from eating poultry that has been undercooked. Outbreaks of this illness are rare. According to the CDC, there have been an average of 35 outbreaks of this illness each year recently. Although this foodborne illness is not as severe as the others, it is very easy for someone to become sickened with it. All it takes is one drop of juice from contaminated poultry and one can contract this illness. This illness sickens over one million Americans each year, although many cases go unreported.

This is a common cause of fatalities among foodborne illnesses. Listeria is very rare, but is very deadly. Of the approximately 1,600 people that contract listeria every year, roughly one in every six die. Pregnant women are especially susceptible to this illness. Nearly all of the cases of listeria will require the patient to be hospitalized. Recently, there was on outbreak of listeria from pork products that sickened four people, although there were no fatalities.

This is one of the more well-known foodborne illnesses. According to the CDC, there are approximately 75,000 people who are sickened with this illness every year and roughly 2,000 will require hospitalization. Between 50 and 100 people die from this disease annually. Recently, one of the more publicized out breaks of this illness was the E. Coli that was connected with consumption of romaine lettuce that caused one fatality.

There are numerous other foodborne illnesses. including botulism and Vibrio. Botulism is a serious illness because its toxins attack the body’s nervous system. While botulism is rare, up to one in ten cases can be fatal.

Another example of widespread food contamination litigation is the lawsuits that have been filed against Chipotle. The Mexican restaurant chain was the originator of a nationwide outbreak of E. coli starting in 2015. As of August 2018, there were over 700 cases filed against Chipotle for food poisoning claims. These consist of both individual claims as well as class action lawsuits. There was another outbreak that has been traced to a Chipotle in Ohio that has led to an increase in the number of suits against Chipotle.

When it comes to lawsuits that stem from instances of food poisoning, there are a number of different possible defendants. The company that manufactured the product may be held liable for making the food that made you sick. Further, if you purchased the food at a grocery store, that establishment can also be sued for selling you the food. Similarly, a restaurant where you ate the food can also be legally responsible for your illness. A lawyer will likely advise you to sue both the manufacturer and the seller of the food. You will receive the verdict or the settlement and it is up to the two companies to fight it out to see who has to pay what share of your award.

In most states, all you have to show is that the food was contaminated and that the contamination was the cause of your illness. It does not matter whether the manufacturer was negligent in how they prepared the food. Of course you can always show that the supplier was negligent and that may increase your jury award. However, under the products liability theory, proving negligence is not required.

If you have been sickened by any type of food, it is best to get the documentation from your doctor of the reason why you were sickened. Your medical records should contain the diagnosis of whatever foodborne illness you contracted. Then, you should seek out legal counsel to figure out whether you have a viable legal claim against anyone who may have had a role in selling that food to you. It is vital that you contact a salmonella lawsuit lawyer immediately, while the evidence that can back up your claim is still available. In addition, there is also the issue with the statute of limitations that can place a time limit on filing a claim. The E. Coli lawsuit lawyer can tell you after reviewing the facts of your case whether they believe that you have a viable legal claim.

If you or a loved one have been sickened by tainted food, contact a food poisoning lawyer today to learn more about your legal rights.