Januvia, Victoza, Janumet and Byetta are all treatments for type-2 diabetes. They are taken in various different forms and are intended to act in various different ways, but all have an effect on pancreatic function. Although these drugs are different, the deadly side effect for all four of these medications is the same. Each of these drugs have been tied to an increase in pancreatitis. In a worst case scenario, they are alleged to cause pancreatic cancer, which is one of the deadliest forms of cancer. There have been lawsuits filed in connection with all four of these drugs, seeking compensation for the harms suffered by patients. If you need to file a januvia side effects lawsuit contact a diabetes medication januvia lawyer.

Currently, the number of suits filed in these cases is growing, with new complaints frequently being filed. “Plaintiffs in all actions allege that the use of one or more of four anti-diabetic incretin based medications – Janumet (sitagliptin combined with metformin), Januvia (sitagliptin), Byetta (exenatide) and Victoza (liraglutide) – caused them or their decedent to develop pancreatic cancer.” In re Incretin Mimetics Prods. Liab. Litig., 968 F. Supp. 2d 1345, 1347 (J.P.M.L. 2013) Transfer order If you are interested in filing a diabetes medication lawsuit, please contact us. A metformin lawsuit is beyond the scope of this article. 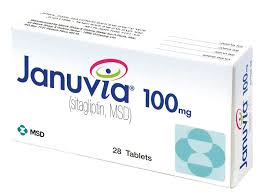 The victims’ defective drug lawyers assert that the victims “suffered severe physical, economic, and emotional injuries as a result of said Drugs, including but not limited to the injured Party being diagnosed with pancreatic cancer.” Id.

“Januvia (sitagliptin) is an oral Type 2 diabetes medication manufactured by Merck & Co. The U.S. Food and Drug Administration (FDA) approved the drug in 2006, and it is one of the most popular Type 2 diabetes drugs on the market. In 2007, the FDA approved a variation of Januvia called Janumet, which is a combination of sitagliptin and metformin. Janumet also comes in an extended release formula called Janumet XR. In 2017, the FDA approved another variation of Januvia called Steglujan, which is a combination of sitagliptin and ertugliflozin.” drugwatch

Criteria to file a Januvia, Byetta or Victoza lawsuit

Update- 8/28/2020- “Merck Sharp & Dohme Corp has moved a US court against Dr. Reddy’s Laboratories alleging that the Indian drug maker was planning to come out with the generic versions of its multi-billion-dollar drugs, Januvia and Janumet, before the expiration of its patent. Merck has filed the possible patent infringement petition against Dr Reddy’s in the United States District Court for the District of Delaware on four counts.” medical dialogues

3/28/18– “Diabetes drug lawsuits filed against the manufacturers of Byetta, Januvia and Victoza are moving forward once again, as a federal court housing hundreds of pancreatic cancer claims recently adopted a new schedule that could allow bellwether trials to begin in January 2020. According to a Case Management Order issued in the U.S. District Court, Southern District of California, on March 21st, the parties have been directed to begin work on a bellwether trial protocol to be finalized no later than December 14, 2018.” RX injury Help

11/2017- “Also as we have previously reported, the lawsuits in Multi-District Litigation (MDL), before Judge Anthony J. Battaglia, in the United States District Court for the Southern District of California, were reinstated on appeal in November 2017, by the United States Court of Appeals for the Ninth Circuit. The renewed vitality of the litigation has been grudgingly conceded in the drugmaker defendants’ recent required financial disclosures.” Mass torts

5/1/2013:  “the U.S. Food and Drug Administration issued safety communications linking the drugs, collectively called incretin mimetics, to serious complications such as pancreatic diseases. The agency also advised the public it was investigating the drugs’ link to pancreatic cancer” drugwatch “In 2013, the U.S. Judicial Panel on Multidistrict Litigation consolidated these cases in California Federal Court in multidistrict litigation (MDL) No. 2452, In Re: Incretin Mimetics Products Liability Litigation.” Id.

Each diabetes medication contributes in some way to lowering blood sugar, mostly by inhibiting something. Januvia is a DPP-4 inhibitor, which assists in producing insulin. Specifically, DPP-4 helps interfere with the production of insulin and Januvia is intended to fight that process. Patients take Januvia orally as opposed to injecting it. Januvia is manufactured by Merck. Januvia for diabetes is not the only answer. If you have complications from Januvia, you should hire a Januvia lawsuit attorney to file a Januvia lawsuit otherwise known as a diabetes medication lawsuit.

Januvia uses: ” Sitagliptin is used with a proper diet and exercise program and possibly with other medications to control high blood sugar. It is used in people with type 2 diabetes. Controlling high blood sugar helps prevent kidney damage, blindness, nerve problems, loss of limbs, and sexual function problems. Proper control of diabetes may also lessen your risk of a heart attack or stroke. Sitagliptin is a diabetes drug that works by increasing levels of natural substances called incretins. Incretins help to control blood sugar by increasing insulin release, especially after a meal. They also decrease the amount of sugar your liver makes.” Web MD A Januvia side effects lawsuit will help you get justice and compensation.

There is no victoza recall at his time. Victoza is supposed to act like a GLP hormone. One of the ways that it helps control blood sugar is by stimulating the pancreas to produce more insulin. Specifically, it acts on the beta cells that are in the pancreas. Victozia is taken by injection. Victoza is manufactured by Novo Nordisk. If victims see a victoza commercial, they should ignore it and look at the facts. If you are looking for a Victoza lawsuit attorney, contact a Victoza lawsuit attorney at our firm. Victoza vs byetta- which is better?

Janumet medication is an oral medication containing metformin and sitagliptin. It is also a DPP-4 inhibitor. Janumet both stimulates the pancreas and blocks the production of glucagon, which normally allows the liver to produce more glucose. Merck is the manufacturer of Janumet medication.  Filing a janumet diabetes medication lawsuit is a complicated matter and you should seek out a high powered lawyer. There is no Janumet recall at this time.

Byetta is a non-insulin medicine that is taken by injection. It comes in the form of a pen. Byetta is a glucagon-like peptide-1 receptor agonist. This medication augments certain roles of the pancreas while suppressing others. It is manufactured by Amylin Pharmaceuticals in partnership with Astra Zeneca. Byetta vs victoza, which is better for you?  There is no Byetta recall at this time. However, If you have suffered complications from byetta, contact a byetta law suit lawyer. A byetta law suit attorney will help you hold the drug manufacturer accountable.

Byetta vs Victoza – Side Effects

All of these drugs are either DPP-4 inhibitors or GLP-1 receptors. Each of these medications acts on the pancreas in some way. In 2013, it began to become apparent that these medications had dangerous side effects beyond the minor side effects that were listed on the label. Specifically, there was a study that was published in the JAMA Intern Medicine that found that GLP-1-based therapies were associated with higher risks of acute pancreatitis. Later in the year, there was another study that linked these medications to pancreatic tumors, that have among the highest fatality rates of any kind of cancers. Part of the reason why pancreatic cancer is so deadly is because it is often not discovered until it is at an advanced stage.

After these studies were released, the FDA issued a drug safety communication. This informed the public that the FDA was looking more closely at the results of these studies. The FDA had started warning about the risks of pancreatitis from Januvia as far back as 2009. Although the FDA has not communicated that there are any documented links between these medications and pancreatic cancer, studies continue to show connections between the two. In 2016, a study in the European Society for Clinical Investigation Journal reaffirmed the linkage between these medications and pancreatic cancer. Finally, in 2018, the American Diabetes Association Journal published the results of a study that showed that patients who have taken these medications have twice the normal rate of pancreatic cancer.

There have been numerous lawsuits filed against the manufacturers of these drugs. These lawsuits have not yet resulted in the issuance of any decisions on the merits nor have there been any settlements reached in these cases. After some early setbacks, these lawsuits are now proceeding again and will start going to trial shortly. Many victims are searching for information about: “metformin lawsuit”, “januvia medication” and “victoza lawsuit.”

These lawsuits have been filed under product liability theory. In addition, since the side effects involve pancreatic cancer, which has an extremely low survival rate, there have been wrongful death suits filed against the manufacturers. From a product liability standpoint, the complaints have alleged that each of the manufacturers has designed and sold a defective product that has caused injury to patients. When a drug company sells medications to consumers, they have an obligation to those who purchase them to produce medications that are safe for use and will not cause harm to consumers. These drug companies have an obligation to test the products and if test results reveal that there are any dangers, there is a duty to warn patients of these dangers. Specifically, the warning label for the drugs should have specifically cited the risk of pancreatic cancer. Under this theory, if a drug company sells a medication that causes harm to consumers, they will be held liable.

With regard to the lawsuits against these manufacturers, a court ordered that all of the pancreatic cancer lawsuits be consolidated in the Southern District of California, although they do not have to proceed to one common trial. The lawsuits were dealt a blow when they were dismissed in 2015. The dismissal was on the basis of a ground that is common when medications have been approved by the FDA. The court held that because the product went through the FDA approval process, which included testing, the manufacturer was under no duty to warn patients of side effects.

The plaintiffs appealed this ruling and won a large victory in 2017 when a federal appeals court reversed the district court and reinstated the lawsuits. The 9th Circuit ruled that the district court impermissibly closed off discovery in the case and disallowed key evidence in its analysis that resulted in its finding the case pre-empted by the FDA approval process. In the wake of the ruling, these cases will begin proceeding to trial with decisions being issued possibly in 2020.

If you or a loved one has taken any of these medications and has contracted pancreatic cancer, you should immediately contact a victoza lawsuit attorney to discuss your legal rights. A Victoza lawsuit attorney can advise you of the possibility of recovery for the harms that you have suffered and what will be necessary in order to obtain that recovery.

Is there a diabetic medication januvia recall?

There is no Januvia recall at this time.

Many consumers want to Compare Victoza to Byetta. Let’s take a look:

What are Incretin mimetic drugs for type 2 diabetes?

“Drugs in the incretin mimetic class include exenatide (Byetta, Bydureon), liraglutide (Victoza), sitagliptin (Januvia, Janumet, Janumet XR, Juvisync), saxagliptin (Onglyza, Kombiglyze XR), alogliptin (Nesina, Kazano, Oseni), and linagliptin (Tradjenta, Jentadueto). These drugs work by mimicking the incretin hormones that the body usually produces naturally to stimulate the release of insulin in response to a meal. They are used along with diet and exercise to lower blood sugar in adults with type 2 diabetes.” FDA