When patients must undergo an Exactech hip replacement surgery, one of their biggest fears is that the device itself may fail. Even if the surgery provides some immediate relief at first, the biggest question is how the device will hold up in the long run. There have been many instances in which artificial joints, such as hip and knee replacements, have failed because the device itself has been defective. One of the latest examples of this is the Exactech hip replacement device, which is now the subject of product liability litigation because a defective liner is causing the artificial joint to prematurely fail. 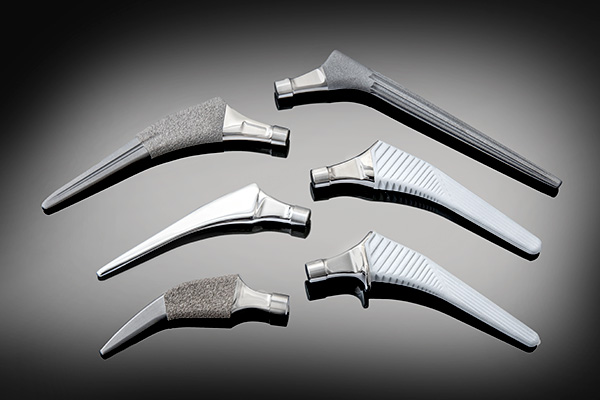 If you have had a hip replacement surgery with the following types of Exactech devices, you may be entitled to financial compensation:

First, you must contact an experienced product liability lawyer to file a lawsuit against Exactech.

How Exactech’s Hip Replacement Devices Were Intended to Work

Exactech’s hip replacement device used the standard cup, ball and stem design that these artificial joints rely on to simulate the motion and use of the hip. The hip replacement has a stem that fits into the patient’s femur. The doctor will also remove the top part of the patient’s femur and replace it with a ball. The third part of the device is the cup, which attaches to the socket of the pelvis.

The socket, which is often made of metal, cannot attach directly to the rest of the hip replacement, in part because metal cannot grind against metal. The liner not only keeps the components from grinding against each other, but it also increases stability in the artificial hip. Essentially, the liner serves the function that the patient’s hip cartilage performed before the original hip was removed from the body. If the liner does not work as intended, it can cause the entire hip replacement to fail.

Excessive wear can cause much more than just the failure of the joint. Since the patient has a foreign device in their body, the failure can cause medical conditions. In this case, the excessive wear associated with the Exactech hip replacement device was reported to have caused severe osteolysis. This is significant degeneration of the bone. Once bone degenerates, the condition is permanent, and it can cause lifelong pain. It will increase the chances that a subsequent revision surgery can also fail.

Exactech recalled the device in June 2021. The recall affected 147,000 devices. Now, patients who have not already had their replacement fail may need a revision surgery in their future. These procedures cause additional pain and time missed from work.

In total, Exactech’s hip replacement system was on the market for roughly 14 years. Exactech brought its product to the market through the FDA’s 501(b) process, meaning that the approval was quick, and there was little pre-market testing.

Exactech Allegedly Knew of These Problems for Years

The problems with Exactech’s hip replacement system did not suddenly surface in 2021 after many years of being a successful product. Instead, there was a trove of scientific literature in the public realm that detailed the problems with the Exactech product. Researchers had documented a higher premature failure rate in these devices. Exactech would have certainly had to know about these problems. No product manufacturer could claim in good faith that they were completely unaware of the problems with their medical devices when numerous researchers have published papers in scientific journals.

In this case, a company’s obligation would be to either recall the product from the market or warn the general public of the defects, so they can make sound decisions along with their doctor. Here, Exactech did neither of these. By the end of 2015, Exactech was doing nearly a quarter of a billion dollars in annual sales. Much of its success was due to its hip replacement product. The company had every financial interest to keep selling the hip replacement systems, even though its duty as a manufacturer was to pull the product from the market.

A Lawsuit Against Exactech Was Recently Filed in Arkansas

Injured consumers have begun to file lawsuits against Exactech. One injured consumer, George Wilson, recently filed a lawsuit against Exactech in federal court in Arkansas. He had the Exactech hip replacement device for eight years before he needed a revision surgery. In the meantime, like many patients, he suffered from severe osteolysis. He claims to have suffered the following damages:

We expect there to be likely thousands of similar lawsuits to the one filed by Mr. Wilson. After all, over 100,000 patients have had this device surgically implanted. Once the number of lawsuits grows, we further expect that there will be multidistrict litigation in which these cases are joined together until trial.

These are exactly the type of cases that anger juries. They do not like to see that a company knew full well of the harms caused by its product, but continued to sell them. Companies like Exactech often end up settling these types of cases after they lose some of the initial trials and get hit with large jury verdicts. If you or a loved one have had a surgery that involved any type of the Exactech hip replacements mentioned above, you should do two things: