Taxotere is a drug that is administered intravenously and it is intended to treat many different types of cancer. The drug works as a form of chemotherapy that is supposed to slow the cell growth of the cancerous tumor.  Over 15,000 victims have filed lawsuits against Sanofi asserting that the manufacturer neglected to properly warn physicians and patients concerning the  potential of permanent hair loss, otherwise known as alopecia, which is widely known to be caused by Taxotere. As of August 12th, 2021 there are over 12,000 Taxotere hair loss lawsuits pending. Many victims are wondering about hair growth after taxotere.  Taxotere lawsuits filed in United States Federal Court have been consolidated in the Eastern District of Louisiana as multidistrict litigation (MDL). The Eastern District of Louisiana is located in New Orleans.  The consolidated lawsuits have sustained some setbacks with a number of individual lawsuits dismissed. Nonetheless, the Taxotere litigation is still one of the largest MDL’s in the United States. This drug has several side effects that can result from its usage. One of these side effects is that the hair loss that accompanies the use of this drug is permanent instead of the usual temporary hair loss that is associated with chemotherapy. This is notwithstanding the assurances from the company that the hair loss was limited in time. If you have taken this drug in conjunction with your cancer treatment and experienced permanent hair loss, you should immediately contact a Taxotere lawsuit attorney seeking a taxotere settlement amount. 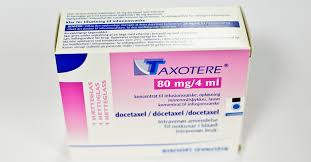 The presiding justice explained the MDL as follows: “Plaintiffs in this multidistrict litigation (“MDL”) are suing several pharmaceutical companies that manufactured and/or distributed a chemotherapy drug, Taxotere or docetaxel, that Plaintiffs were administered for the treatment of breast cancer or other forms of cancer. Plaintiffs allege that the drug caused permanent alopecia—in other words, permanent hair loss. Plaintiffs bring claims of failure to warn, negligent misrepresentation, fraudulent misrepresentation, and more.” Order 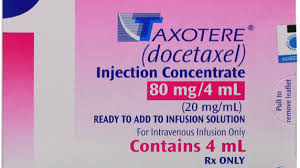 Even though hair loss is an expected complication of chemotherapy, the taxotere lawsuits assert that the manufacturer, Sanofi-Aventis, gave incorrect and deceptive warnings concerning the complications of Taxotere. The victims allege that there are other similar medications that are equally as effective. The Plaintiff’s allege that if they had known of the Taxotere side effects and there had been proper warnings, they would have used other drugs and not taken Taxotere.

Update- July 16,2021 – “Sanofi has lost a bid for summary judgment in the second bellwether case in multidistrict litigation over its chemotherapy drug Taxotere, after a federal judge ruled that a recent appeals court decision did not change the legal standard for whether Sanofi’s conduct caused plaintiff Elizabeth Kahn’s permanent hair loss. U.S. District Judge Jane Triche Milazzo of the Eastern District of Louisiana on Wednesday rejected the drugmaker’s motion for reconsideration of her earlier ruling denying summary judgment in the case, clearing the way for it to go to trial next month.” Reuters

6-2-21- “Sanofi U.S. Services Inc. defeated appeals challenges to its wins in three Taxotere suits, as the Fifth Circuit declined to revisit a ruling that the plainitffs waited too long to sue over hair loss allegedly caused by the breast cancer drug.” Bloomberg

4-30-21 –The Fifth circuit affirmed two lower court rulings in favor of the Manufacturer dismissing two victim’s lawsuit.  In the first case, the Court ruled that summary judgment in favor of the Defendant was appropriate based on the Louisiana Statute of limitations. In the 2nd case the Court  affirmed the dismissal of the Taxotere lawsuit determining that there was insufficient evidence to support the victim’s position “as to whether a “permanent hair loss” warning would have changed the doctor’s prescribing decision.” Lexology

11/13/2020-  “French drugmaker Sanofi (Euronext: SAN) will face trial in a US court over claims that it misleadingly promoted off-label uses for a cancer drug, Law360 reports. Some allegations in a whistleblower’s 18-year-old False Claims Act (FCA) lawsuit were dismissed by a Pennsylvania judge, but others were allowed to proceed to trial, the date for which has not yet been set. The claims relate to Sanofi’s predecessor Aventis Pharmaceuticals allegedly engaging in false advertising and issuing kickbacks to physicians who promoted its cancer drug, Taxotere (docetaxel).” Pharma letter

11-2-2020- ” NEW ORLEANS — The Louisiana federal judge overseeing the Taxotere MDL has denied a bellwether plaintiff’s motion to exclude the testimony of Sanofi-Aventis’ 39(b)(6) witness, ruling that he is qualified to offer his analysis and opinions on the “Tax 316” clinical trial. In an Oct. 21 order, Judge Jane Triche Milazzo of the U.S. District Court for the Eastern District of Louisiana concluded that as a fact expert, Dr. Michael Kopreski may give lay opinion testimony about Sanofi’s clinical trial because he participated in the company’s day-to-day affairs as the former head of its oncology pharmacovigilance department.” Harris Martin

5/28/2020- “A federal judge has dismissed nearly 200 lawsuits by patients claiming Sanofi SA’s cancer treatment Taxotere caused them to suffer permanent hair loss, saying a change in the drug’s warning label in 2015 clearly explained its risks.” U.S. District Judge Jane Triche Milazzo in New Orleans on Wednesday ruled the updated Taxotere label was legally adequate as it warned patients about the precise risk of the permanent hair loss they suffered.” Reuters

3/11/2020- “The U.S. District Judge presiding over all federal Taxotere lawsuits has scheduled four additional bellwether cases for trial over the next two years, which are designed to help gauge how juries may respond to certain evidence and testimony that will be raised in thousands of similar claims brought by women who have been left with permanent hair loss from the breast cancer drug.”  About lawsuits

10/10/19– “After a two-week trial in New Orleans, the jury in the first Taxotere bellwether trial delivered a defense verdict. There are approximately 11,000 claims in the multi-district litigation against manufacturer Sanofi Aventis and other defendants alleging the chemotherapy drug Taxotere (docetaxel) caused permanent alopecia.” Source

5/1/19- “Taxotere Bellwether Trials (May 2019) The first of five scheduled bellwether trials for Taxotere – a chemotherapy drug used to treat breast cancer, prostate cancer and non-small-cell lung cancer – is scheduled to start up in May 2019. Originally scheduled for January, the bellwether trials were pushed back to May to give plaintiffs and defendants more time for discovery and potential settlement discussions.”  Consumer safety

September 2017-  The Justice of the Court denied defendant (manufacturer) motion to dismiss all allegations in the Taxotere Lawsuit.

While Taxotere can work with many different types of tumors, its most prevalent use is for women who suffer from breast cancer. Taxotere is manufactured and sold by the French company Sanofi-Aventis. The drug was approved pursuant to FDA’s Section 505(b)(2) authority. This means that FDA approval may be granted based on information that is not developed by or for the applicant. FDA approval was granted in 1996. The drug was initially approved for use in treating breast cancer, but was soon approved for other usages as well.

Side Effects of Taxotere

The manufacturer has always noted that hair loss is a side effect of Taxotere. In general, chemotherapy will cause hair loss until a new hair cycle can begin and the hair is regrown. Hair is usually regrown within six months after chemotherapy ends. However, Sanofi had long stated that the hair loss experienced by patients is temporary in nature. For practically 20 years, Sanofi never acknowledged the possibility that the hair loss could be permanent.

Many victims are asking, “will there be hair growth after Taxote?” Patients suffering through chemotherapy with Taxol (paclitaxel) will regrow hair subsequent their completed chemoptherapy. Taxotere is a different story because with Taxotere, hair loss may end up being permanent.

However, it is alleged that Sanofi has long had the knowledge that Taxotere can cause permanent hair loss. It is alleged that there was internal testing that began shortly after the drug was approved by the FDA that looked at the possibility that the drug could cause permanent alopecia. By 2006, Sanofi is alleged to have known that nearly one in every ten patients that received this drug had experienced permanent hair loss. One specific study found that patients could experience difficulty re-growing their hair for up to seven years after taking the drug.

Pharmaceutical companies have the obligation to update the warning labels for their products to reflect the known side effects of their products. Sanofi said nothing to the FDA regarding permanent hair loss until it alerted the FDA of this possibility in December 2015. However, this condition was not reflected on the warning label for its product. Further, by this time, sales of Taxotere had already begun to decline as the drug was replaced by a newer version of chemotherapy drug. In the meantime, there have been numerous scientific studies that have addressed the fact that Taxotere may be connected with permanent hair loss in patients as well as extensive media coverage of the issue. Warning labels in both the U.K. and Canada have been changed to reflect this side effect.

There have been numerous Taxotere hair loss lawsuits filed on behalf of women who experienced permanent hair loss after taking Taxotere. These lawsuits generally allege that Sanofi knew that the drug caused permanent hair loss, but hid that fact while it continued to market and sell the drug. At the same time, the women received this drug without the knowledge that they may lose hair and not grow it back.

The lawsuits have been consolidated into a multi-district lawsuit that is currently in the Eastern District of Louisiana. As of  September 15, 2020, there were over 12,597 cases that have been filed against Sanofi and other defendants that are pending in this district. Each case will proceed on its own, but there is a centralized process for discovery issues and there will be a bellweather case that is tried first. There are bellweather cases that are scheduled to be tried in 2019 and 2020. In addition, there are hundreds of cases that are pending in New Jersey state courts which have been consolidated into multi-county lawsuits in the state courts.

Is there a Taxotere class action lawsuit?

It is vital that you contact a Taxotere lawsuit lawyer immediately if you have taken Taxotere and have experienced permanent hair loss. The attorney can give you the potential range of a taxotere settlement amount. Since Taxotere is rarely in use anymore, it is likely that you have taken Taxotere some time ago. Accordingly, there is a statute of limitations that will apply to your case, and you will need to file the claim before the statute of limitations tolls. A taxotere attorney can give you a free consultation where they can inform you whether they believe your claim is viable and the process that must be followed to file that claim.

According to the DENA STROTHER AND CHRISTOPHER STROTHER taxotere lawsuit complaint filed IN THE SUPERIOR COURT OF THE STATE OF DELAWARE: