Exactech knee replacement implants have had a long and dismal track record when it comes to safety. Recently, the company suffered what may have been its most serious blow yet, when it announced a recall of over 140,000 knee replacement systems on the grounds that there is a product defect that causes the system to prematurely fail. Essentially, Exactech has admitted that every single knee replacement system that it has made since 2004 is defective. As a result, the company may be subject to widespread lawsuits from patients who needed a second knee replacement surgery when they thought that the first one had effectively done the job. 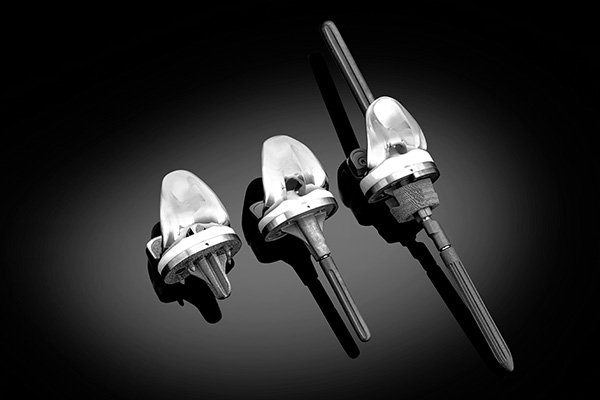 Update, September 2022 -“More details about the Exactech hip, knee, and ankle implant recall came out last month in an employment lawsuit filed by Kerem Bolukbasi, the former chief financial officer of Exactech… Chief Financial Officer Bolukbasi filed an employment lawsuit against Exactech on August 12, 2022 in Gainesville, Alachua County, Florida where the company is located. In the lawsuit he alleges that he provided a cash flow statement to the Exactech Board of Directors reflecting a $60 million dollar cash flow burn caused by the recall of the implants. The lawsuit states that his accounting statement was not well received by the Board of Directors, the Chief executive Officer, Darin Johnson, and the Board Chairman, Jeff Binder. The lawsuit further alleges that he was pressured to change his cash flow trajectory because the company was negotiating for a new credit line and the adverse cash flow accounting would make getting the credit more difficult. When he refused to change his accounting according to the case he was fired and then the company refused to pay him severance pay he was entitled under his employment contract with Exactech.” Legal Examiner

SlepkowLaw is in the process of investigating potential lawsuits for Exactech knee and ankle device failure. Numerous potential claimants have needed knee and ankle revision surgeries as a result of the failure of Exactech’s arthroplasty polyethylene inserts. There was a recent insert recall  after it was determined that the packaging of the product exposed the implant to an unacceptable level of oxygen. Oxidation can weaken the product before it is implanted into the victim’s body.

Such oxidation can cause:

Replacing a knee or ankle is not a trivial matter. Many people expect that a procedure will improve their life. People have dreams to transform their way of living and live a fulfilling life free of chronic pain  and lack of mobility. It can be heartbreaking for victims to have even more pain and require further surgery. We are here to get victims justice, closure and top compensation.

The specific problem with the Exactech knee replacement system involves the packaging for the polyethylene insert that is implanted between components of the artificial knee joint. In an illustration of the precision that is needed for every single part of a joint replacement system, the vacuum bag used to hold the polyethylene insert did not follow specifications. This allowed oxygen to reach the liner, prematurely aging it once it had been oxidized.

The wear on the insert caused it to degrade. This affected the entire knee replacement because the components of the joint could grind together and wear out, causing the entire joint to fail. Knee replacement recipients experienced the following side effects:

In the end, the result is almost always the same. The patient needs a new knee replacement to replace the old one.

The recall is seemingly the final step in what people have known for years; there is a serious problem with Exactech knee replacements. The statistics have shown this for years, yet the company continued to sell the product and kept it on the market for as long as possible.

In several countries overseas, there is a national joint registry that receives data on the outcome of replacements. The data in these registries showed that the failure rate of Exactech joints was roughly double that in other knee implants. Conceivably, this should have put Exactech on notice that there was a potential defect, if the company did not know about it already. Instead, Exactech did nothing for years. It would be difficult to believe that Exatech suddenly realized that knee replacements systems that it was selling for 18 years were suddenly defective.

Exactech Already Has a Spotty Legal Record with its Products

Exactech has already faced significant legal problems related to its knee implants. The company has already been sued in a whistleblower lawsuit that claimed that it defrauded the federal government by knowingly selling it defective knee implants. There was one specific part in the Optetrak system that failed roughly one-third of the time.

Two sales representatives for the company claimed that the company knew of the defects and engaged in a cover-up. The company even engaged in an internal investigation that discovered product defects but allegedly kept selling them to the federal government and did not nothing other than hide the defect. Exactech entered into a deferred prosecution agreement with the federal government relating to allegations that it violated the Anti-Kickback Act.

In the wake of the news about the knee implant recall, injured consumers have immediately begun to file lawsuits against Exactech. To be clear, if you have an Exactech knee implant, and you need a revision surgery, you have suffered an injury because you need to experience the pain and inconvenience of another surgery.

The lawsuits have alleged the following:

If you are successful in your Exactech knee replacement lawsuit, you may recover the following damages:

This may be a case where a jury would even order punitive damages, given Exactech’s record with these particular products, and the allegations that the company’s own internal investigation learned the knowledge of dangerous products years ago. Having to undergo a second procedure can be demoralizing and debilitating for people who thought that their knee problems were a thing of the past.

Be Careful if Exactech Offers You Money

Exactech has tried to offer consumers money to pay for a new knee replacement procedure. The question is whether this comes with strings attached. Many times, companies will sneak some fine print into these “offers” that are really subtle ways of tricking you into signing away your legal rights. It is unclear whether this offer would include a waiver of legal rights, but given Exactech’s record of corporate responsibility, it would hardly be surprising. They may be trying to get out of paying for lost wages and pain and suffering. Do not fall for their trap.

What to Do if You Have an Exactech Knee Replacement

If you have received an Exactech knee replacement, you should do the following:

We can help you fight for financial compensation if you have been injured by an Exactech knee replacement system.