Stevens-Johnson Syndrome is a rare disease that impacts the skin and mucous membranes. While the disease is very rare, it is also extremely dangerous and is life-threatening. “Stevens-Johnson syndrome (SJS) is a rare, potentially fatal skin disease that causes flu-like symptoms and a blistering, painful skin rash that makes skin peel.” drug watch  It is usually caused by medications but can also result from an infection.  Treatment for Stevens- Johnson may necessitate hospitalization, prescription as a treatment for an infection and or supportive care. If you suffered complications from over the counter medications such as Tylenol or Advil / Motrin, contact a Stevens- Johnson lawsuit law firm. Numerous medications that are available on the market today have the potential to cause Stevens-Johnson Syndrome.  Stevens Johnson Syndrome results from severe reaction to certain over the counter medications such as: 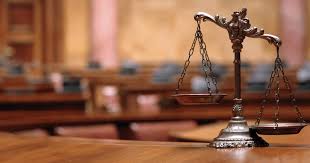 Update- 4-22-21- “The court observed that the physician’s “testimony revealed that he had only a limited understanding of the facts of the case and SJS generally.” The physician could not identify the criteria used to diagnose SJS and has neither diagnosed nor treated any patients with SJS. He was unaware that the patient had been prescribed quinolone antibiotics on multiple occasions prior to the dispensing that was the focus of this action. Finally, he had no understanding of the responsibilities of a pharmacist in general and specifically the standard of care when a pharmacist encounters hard stop or soft stop warnings.” Pharmacy Times

5/29/2019- “A Virginia Beach boy died two years ago of a rare skin disorder that also ravaged his eyes and lungs. His family blames children’s Tylenol and Motrin. The estate of 6-year-old Marcus Gauldin is suing Johnson & Johnson, claiming the 133-year-old health care company knew users of the two over-the-counter pain relievers could develop Stevens-Johnson Syndrome and did nothing to warn them. “This was devastating,” said William Breit, an attorney for Gauldin’s mother, Natalya Lowman. Her child was a normal 3 year old and then suddenly he was blind and unable to care for himself.  After three years in and out of various hospitals, Gauldin eventually died. Attorneys and officials with Johnson & Johnson and its subsidiary, McNeil Consumer Healthcare, declined or did not respond to requests for comment on the lawsuit, which seeks $60 million in damages.” Pilot Online

It is commonly known that over consumption of an over the counter painkiller such as Tylenol may lead to serious liver problems. Most people are unaware that a normal dose of over-the-counter mediation can cause severe complications or a  death.

Stevens-Johnson Syndrome (SJS) is a a serious side effect of skin and mucous membranes caused by the consumption of certain medications. SJS may cause symptoms that are similar to the flu.  After the flu like symptoms,  the result is an extended area of red/purple rash as well as blisters. This could eventually lead to the death of the top of the skin as well as the skin to shed.   The syndrome needs to be treated quickly or there could be further sever side effects including:

There is no one common denominator among the list of medications that can cause Stevens-Johnson Syndrome. However, the manufacturers of medications may be found liable when a patient’s  disease has been proven to have been caused by their medications. If you or or a loved one has contracted Stevens-Johnson Syndrome and believe that it has been caused by defective medication, you should promptly contact an attorney to discuss your case.

What is Stevens-Johnson Syndrome?

Stevens-Johnson Syndrome is not a disease that is known to many Americans. Many Americans recognize the name of basketball star Manute Bol, who died at the age of 47. The cause of his death was Stevens-Johnson Syndrome.  Manute Bol contracted the disease from a reaction to medication that was administered when he was visiting his homeland of Sudan. The cause of Manute Bol’s death was tragic indeed.

Stevens-Johnson Syndrome is essentially when a patient’s body burns from the inside out and is an incredibly dangerous sickness. The illness will typically begin with flu-like symptoms and will cause patients to run a fever. Since the disease starts like the flu, it is often difficult to correctly diagnose Stevens-Johnson Syndrome at first. Once the disease progresses, patients will develop a rash and their skin will begin to blister. This will result in raw and festering areas on the patient’s skin. At this point, it will become apparent to a doctor that the patient has Stevens-Johnson Syndrome. If more than ten percent of the skin is affected, the patient has toxic epidermal necrolysis, which has a much higher fatality rate.

Stevens-Johnson Syndrome is fatal in 5-10% of its cases

If the disease progresses, patients can experience multiple organ failure or sepsis. Stevens-Johnson Syndrome is fatal in 5-10% of its cases. If treatment is administered early, then patients have a better chance of survival. There are various different courses of treatment for Stevens-Johnson Syndrome. A patient’s particular treatment will depend both on the doctor and the symptoms that the patient is manifesting. Recovery from the disease is a long and difficult process. The treatment and recovery mirrors treatment for burns since there is a similar impact on the skin. In some instances, patients may never fully heal and may experience long-term complications and symptoms from the disease including itching and skin dryness.

Which Medications Can Cause Stevens-Johnson Syndrome?

Currently, drug labels do not specifically warn of the possibility of Stevens-Johnson Syndrome. In 2017, the FDA did recommend that over-the-counter acetaminophen-containing drugs could cause severe skin reactions. That, however, is not a direct warning of this particular disease.

Disease damage can be extensive

Although Stevens-Johnson Syndrome is very rare, the damage from the disease is extensive. Those who have contracted the disease and survive have likely incurred large medical expenses and missed extensive time at work. Some may have long-term disabilities that require expensive care and may impact one’s ability to work. In addition, patients may experience permanent scarring since the disease acts in a manner similar to burns.

Since Stevens-Johnson Syndrome is frequently caused by medication, it follows that it can result from a defect in the particular medication that the patient was taking. As such, patients may have an actionable claim against the maker of the medicine for product liability since the drug that they were selling proved to be dangerous. Since a wide number of medicines have been reported to have been linked to Stevens-Johnson Syndrome, there is no one set body of case law or class action litigation for plaintiffs. Instead, each case proceeds on its own.

Lawsuits against either the drug manufacturer or the doctor

Litigation relating to Stevens-Johnson Syndrome may involve lawsuits against either the drug manufacturer or the doctor since the disease is often misdiagnosed at first. In addition, there is also a possible cause of action against the pharmacist because an incorrect dosage or inaccurate instructions can also cause the adverse reaction.

When the lawsuit is against a pharmaceutical company, the plaintiff will typically allege that their reaction to the medicine that caused the Stevens-Johnson Syndrome resulted from a defect in the drug. In addition, the plaintiffs will allege that the manufacturer failed to warn about the risk of Stevens-Johnson Syndrome and, had they done so, the plaintiff never would have taken the medication. It is important to know that, when dealing with a product liability lawsuit, anyone can be found liable for the defect including the manufacturer, doctor and pharmacist.

One of the major verdicts in lawsuits related to Stevens-Johnson Syndrome was handed down by a jury against Johnson & Johnson. The company was assessed a verdict of $63 million, which grew to well over $100 million with interest by the time that the case worked its way through the appeals process.

“The estate of 6-year-old Marcus Gauldin is suing Johnson & Johnson, claiming the 133-year-old health care company knew users of the two over-the-counter pain relievers could develop Stevens-Johnson Syndrome and did nothing to warn them. This was devastating,” said William Breit, an attorney for Gauldin’s mother, Natalya Lowman. “Her child was a normal 3 year old and then suddenly he was blind and unable to care for himself. After three years in and out of various hospitals, Gauldin eventually died. Attorneys and officials with Johnson & Johnson and its subsidiary, McNeil Consumer Healthcare, declined or did not respond to requests for comment on the lawsuit, which seeks $60 million in damages. Stevens-Johnson Syndrome is a “severe skin reaction most often triggered by particular medications,” according to the National Institute of Health. Estimated to affect one or two people per million, it usually starts with a fever and other flu-like symptoms.” https://www.pilotonline.com/news/health/article_c8746984-7b3c-11e9-b0c3-9f096c9752d4.html

In this particular case, a seven-year old girl was given Children’s Motrin to treat a regular sickness. The girl developed a sore throat and rash, but her parents continued to give her the medicine since they were not warned of the possibility that a patient could develop Stevens-Johnson Syndrome. After an initial incorrect diagnosis, the girl was finally diagnosed with Stevens-Johnson Syndrome. The disease cost the girl her eyesight and she has had to endure a dozen surgeries.

The case focused primarily on Johnson & Johnson’s failure to warn about the dangers of Stevens-Johnson Syndrome. Had the company given an adequate warning on its label, either the medication could have been stopped earlier or a more timely diagnosis could have helped the child. Johnson & Johnson claimed that the FDA would not have approved of this warning so the company could not be expected to include this caution on its label. According to Johnson & Johnson, the FDA did not approve a similar request from the company to issue a warning in the past. The Massachusetts Supreme Court held, however, that past FDA decisions did not provide a guidepost for how it would rule in response to this particular potential warning. Johnson & Johnson attempted to appeal the verdict to the United States Supreme Court, but the Court did not decide to hear the appeal.

If you or a loved one have contracted Stevens-Johnson Syndrome, it is vital that you contact an experienced Stevens- Johnson lawsuit lawyer to have a discussion of your case. The Stevens- Johnson lawsuit attorney will advise you of the legal process that would be necessary in order to receive compensation. In addition, the  product liability attorney will inform you of your chances of a successful defective drug case.