A proton pump inhibitor such as Nexium, Prilosec and Prevacid are intended to aid those who have various stomach conditions and relieve some of the discomfort that they experience. These medications are  intended to reduce stomach acid production and can aid in the treatment of a variety of different conditions. However, proton pump inhibitors have been known to cause side effects in the patients that they are supposed to treat. Beyond the normal more minor side effects, serious complications such as bone fractures, pneumonia and chronic kidney disease can result. There are currently thousands of lawsuits that have been filed against manufacturers of proton pump inhibitors and the first trials are scheduled to begin in 2020. Many victims are searching for information about, “ppi and stomach cancer”, “prevacid lawsuit” as well as “Omeprazole side effects” and “Omeprazole lawsuit.” Victims of PPI should contact a proton pump inhibitors lawsuit law firm right away. If you are seeking information about an Omeprazole lawsuit or a Proton Pump inhibitor lawsuit, contact us. 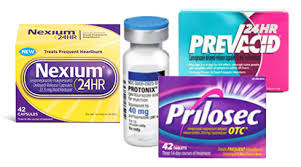 Update- 7/18/2020- “As of January 2020, there were 13,40 proton pump inhibitor lawsuits pending in federal court — out of a total of 15,164 that had been filed. A judicial panel combined the cases into a multidistrict litigation, or MDL, in August 2017. The number of lawsuits grew quickly, tripling during the first three months of 2019 alone. By mid-2019, it had become the second-largest mass litigation in the United States. Attorneys expect the MDL could include thousands more PPI lawsuits. The judge overseeing the litigation has scheduled the first bellwether trial for Sept. 21, 2020.” Drug watch

What are Proton Pump Inhibitors?

Proton pump inhibitors have been around in one form or another for almost 30 years. These are pills that are among the most widely sold drugs in the world. According to Time Magazine, the total size of the market for these drugs in 2017 was approximately $10 billion. The names are practically household names around the world as they have been regarded as practical solutions for heartburn and other related illnesses for many years. Some of the recognized brands of proton pump inhibitors include Prevacid, Prilosec and Nexium. For years, these have been available as over-the-counter medications that do not require a prescription.

How do proton pump inhibitors work?

How do proton pump inhibitors work? These drugs work by inhibiting the stomach function that can cause heartburn and acid reflux. The stomach has many pumps that produce acid. These acids can travel up to the esophagus when the lower esophageal sphincter relaxes. When they do, it can create heartburn or other acid reflux. When these medications are taken, they act on the pumps that create the stomach acid. Their effectiveness comes when the agents in the medication binds to the proton pumps in the stomach. This has the effect of blocking some acid, preventing it from being created. The reduction of stomach acid relieves heartburn since the excess of stomach acid goes away.

What criteria do PPI lawsuit law firms use to determine what is a good Proton Pump Inhibitor lawsuit?

No. There is no omeprazole class action lawsuit at this time. However, victims may still file an Omeprazole lawsuit.

While these medications had long been regarded to be safe, recently, there has been mounting evidence that they can cause side effects. Previously, the side effects were believed to be minor complications such as headaches, constipation and flatulence. However, it is not alleged that the difficulties associated with these medications can be more severe. Recent research has stated that protein pump inhibitors can cause more severe issues such as dementia, heart attacks and kidney disease. Many of these  Nexium side effects can occur when the medication is taken as a long-term solution as opposed to short-term usage.

These severe side effects are thought to result from the fact that proton pump inhibitors may be overly effective in killing acid. These medications are now believed to kill acid beyond just the stomach acid that it needs to reduce in order to be effective. There are acids around the body that are vital for the balance and proper functioning of other areas of the body. Some of these acids are helpful in that they can reduce some of the harmful substances that accumulate in the body as people age. In addition, stomach acid also has helpful properties as it can kill some of the more harmful bacteria that people ingest. Simply killing stomach acid may be a short-term solution that works to reduce heartburn, but over the longer term, these inhibitors can hurt the human body’s ability to deal with other harmful substances.

The FDA has updated the warning labels for these medications to reflect some of the risks, but not all of them. Public Citizen pressured the FDA to require that the labels be updated to warn against some of the risks to the kidney. However, there are still no warnings against the other risks of complications from these drugs. In 2017, the FDA announced that it was investigating possible links between protein pump inhibitors and polyps in the intestine.

Currently, there are around 4,000 lawsuits pending against the manufacturers of these drugs. These lawsuits have alleged that the protein pump inhibitors are defectively designed since their usage can cause the side effects. Had the makers adequately tested the product prior to their sale, they would have come to realize the complications that could be cause. According a number of the plaintiffs, even though the manufacturers did not perform sufficient testing on the drugs, they still knew of the possible side effects of the drugs. Nevertheless, they continued to market the medications as a safe treatment for heartburn and did not do anything to warn the public of any of the dangers associated with these drugs.

Some of the lawsuits have even accused the drugmakers of fraud with regard to the sales of these products. For example, Astra Zeneca, the maker of Nexium, is alleged to have committed fraud by not having a proper warning label for the drug even though it had access to reports about the product’s safety. According to the plaintiffs, the manufacturer affirmatively made a number of misrepresentations about the drug, including its safety and its efficacy.

What are the omeprazole side effects?

Many victims are searching for information concerning, omeprazole side effects kidney as well as side effects of proton pump inhibitors.

“Common side effects of omeprazole include:

“Less common side effects of Omeprazole include:

“Rare side effects of Omeprazole include:

There is currently multi-district litigation pending in this case in federal court in New Jersey. This means that the cases have been consolidated for purposes of discovery, but they are not a class action suit. Cases usually become multi-district litigation at the behest of the Plaintiff, who requests consolidation from the court for purposes of efficiency and cost savings. Plaintiff’s counsel is currently further investigating about the connection between the protein pump inhibitors and the side effects. These cases are still relatively early in the process. There will likely not be any trials in the case until September 2020 after discovery is completed. In the meantime, there are more complaints being filed in this case every month.

“Omeprazole is a proton pump inhibitor that decreases the amount of acid produced in the stomach. Omeprazole is used to treat symptoms of gastroesophageal reflux disease (GERD) and other conditions caused by excess stomach acid. Omeprazole is also used to promote healing of erosive esophagitis (damage to your esophagus caused by stomach acid). Omeprazole may also be given together with antibiotics to treat gastric ulcer caused by infection with Helicobacter pylori (H. pylori).

Over-the-counter (OTC) omeprazole is used to help control heartburn that occurs 2 or more days per week. This medicine not for immediate relief of heartburn symptoms. OTC omeprazole must be taken on a regular basis for 14 days in a row. Omeprazole may also be used for purposes not listed in this medication guide.” RX List

Side effects of Proton Pump Inhibitors