Enfamil lawsuits are causes of action against Mead Johnson Nutrition alleging consumers were not properly warned that the baby formula can result in preterm infants diagnosed with necrotizing enterocolitis (NEC). This severe gastrointestinal sickness could cause permanent complications and could result in death. Contact us to pursue a possibly lucrative settlement with a high powered law firm on your side. Similac claims have been pursued against the manufacturer, Abbott Laboratories, across the United States asserting that Similac cow-milk- formula for babies has resulted in numerous preemies developing gastrointestinal infection known as necrotizing enterocolitis (NEC). Parents are sold baby formula from practically the first moment they seek out prenatal care. The baby formula companies make a fortune on these products, and they want parents hooked on using them. They sell the idea of an easy way to feed the baby, so the parents can be less stressed. In the process, they make hundreds of millions of dollars each year. However, these products are not always safe. Premature infants have been injured by a bacterial infection called necrotizing enterocolitis (NEC). This happens far more often when they are fed cow’s milk-based formulas. As a result, the makers of Similac and Enfamil are facing product liability lawsuits from parents of injured babies. 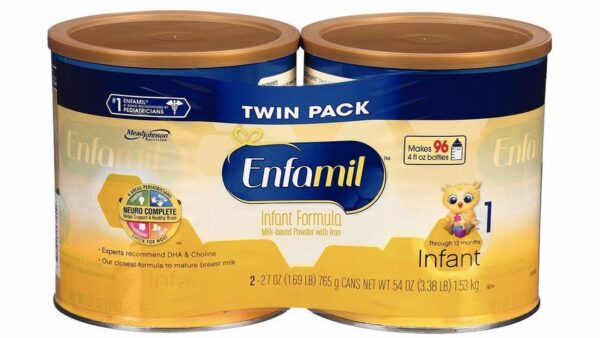 Update- 8-15-2022- “Parties involved in baby formula NEC lawsuits being pursued against the makers of Similac and Enfamil have presented a plan to the U.S. District Judge presiding over the litigation, outlining the process for selecting a group of 12 cases that will be prepared for a series of early bellwether trials.” About lawsuits

2-24-22- “Three popular baby formulas made by Abbot Nutrition have been recalled after four babies became sick with bacterial infections. The recall covers select lots of powdered Similac, Alimentum and EleCare formulas from Abbot’s facility in Sturgis, Michigan. The FDA is investigating complaints of four infant illnesses from three states – Minnesota, Ohio and Texas, though the product was shipped nationwide. All four cases required hospitalization and the bacteria – Cronobacter sakazakii and Salmonella– may have contributed to the death of one of the infants. Premature infants have critical nutrition needs. They need to grow from their very low birth weight. However, they often do not have the strength to make the sucking motion necessary to breastfeed from their mother. Many doctors simply give them formula as an easier way for them to get nutrition. Research shows exactly how dangerous that approach is. However, this practice has persisted for many years.” AL.com

2-24-2022- “HOUSTON, Texas (KTRK) — Parents are still throwing out certain cans of powder Similac infant formula after the FDA warned that it was connected to four cases of infant illnesses, including one death. Days after the recall, one Houston-area mother had to rush her 6-month-old to the ER, and says it has been one of her worst experiences.” ABC 13

2/18/22-“Abbott Nutrition’s baby formula recall has been expanded to include one lot of Similac PM 60/40. The Food and Drug Administration said in an update Monday that health officials were investigating an additional illness of Cronobacter sakazakii with exposure to powdered infant formula produced at the company’s Sturgis, Michigan facility. That baby also died of Cronobacter. “The most recent patient was reported to have consumed Abbott Nutrition’s Similac PM 60/40 product with the lot code 27032K800 prior to Cronobacter sakazakii infection,” the FDA said. Similac PM is considered “a specialty formula for certain infants who would benefit from lowered mineral intake.” It was not included in the previous recall for select lots of Similac, Alimentum and EleCare formulas announced Feb. 17.”USA Today

2/9/22- “Abbott Nutrition is recalling one lot of Similac PM 60/40 powdered infant formula due to another report of a dangerous bacterial infection. The Centers for Disease Control and Prevention and the US Food and Drug Administration are investigating reports and complaints of infant illness related to formula from Abbott’s facility in Sturgis, Michigan.”  Top Class action

2-9-22- “A pair of consumers are separately targeting CVS Pharmacy and CVS Health Corporation over health concerns related to products.  Plaintiff Stephanie Surratt claims CVS Pharmacy sells a formula called Toddler Beginnings that is intended for children between 9 and 18 months old that is misleadingly similar to infant formula. Surratt claims CVS Pharmacy makes the formula similar-looking to infant formula to give caregivers the “incorrect impression that the Toddler Beginnings is what children should be fed in the ‘next stage’ beyond infancy.” Top class action

How NEC Puts a Baby’s Life in Danger

NEC is a very serious and potentially deadly condition. A premature baby’s digestive system is vulnerable and immature. When the baby develops an infection, they could suffer permanent damage. With NEC, the infection can permanently kill parts of the intestine. This makes a hole, and fluid can seep into the abdominal cavity. Losing a large part of the intestine can impact the baby for the rest of their life, if they even survive NEC at all. Up to 30% of babies who develop NEC will die from the condition.

In general, one in every 1,000 premature babies will develop NEC, but the rate is far higher among babies who received cow-milk formula. The Cleveland Clinic has defined necrotizing enterocolitis (NEC) as a “serious gastrointestinal problem that mostly affects premature babies. The condition inflames intestinal tissue, causing it to die.” The problem involves holes forming in a preemie child’s intestine. This could allow bacteria to possibly leak into the intestinal wall or perhaps the intestinal tract and the bacteria could enter the abdomen or bloodstream. NEC may cause to serious medical problems and lead preterm infants to require neonatal intensive care that can be life threatening. The Centers for Disease Control and Prevention (CDC) has determined that NEC is the 10th highest cause of  fatality for preemie infants below 12 months.

NEC can cause the following symptoms in babies:

If the infection progresses, the baby will develop symptoms consistent with an advanced infection. These could include:

Doctors will often need to perform emergency surgery to remove the dead parts of the intestine. They often need to do multiple procedures. In the meantime, the baby suffers pain and discomfort. If they have lost a large part of their intestine, the pain will persist for the duration of their life.

For years, research has shown that cow-milk based formula can harm premature infants. Some of this data goes as far back as the early 1990s. About a decade ago, there were several more studies that confirmed what the early data showed. Research has documented that premature babies who have been fed cow-milk baby formula are three to seven times more likely to develop NEC.

As a result, the American Academy of Pediatrics issued a 2012 recommendation to doctors to only give human milk to premature infants. This could include:

Even with this warning and guidance, the makers of products like Similac and Enfamil failed to do anything in the face of mounting evidence that their products were dangerous. Initially, parents sued the doctors who gave these products to the babies. Parents won several major medical malpractice verdicts against physicians and hospitals when babies were seriously injured or died from NEC.

Now, parents have begun to file product liability lawsuits against the makers of these infant formula products. There are two major allegations in these complaints. They are:

The Number of Baby Formula NEC Lawsuits Will Grow

Parents have recently begun to file these lawsuits. Given the number of premature babies who have been given Similac and Enfamil, we expect the amount of these cases to grow. Right now, these cases are in their very early stages. At some point, we expect a motion to consolidate these cases into multidistrict litigation.

There are two major companies that are defendants in these lawsuits. They are:

These two companies each control approximately 40% of the baby formula market. Any baby formula maker who sold a defective product can be made to pay. Despite the dangers of these cow-milk based products, they are still on the market and have not been recalled.

What Families Can Recover in a Baby Formula Lawsuit

These are the potential damages that parents could get as part of an Enfamil or Similac lawsuit:

It is too soon to know how much these cases are worth. However, if the medical malpractice cases against doctors who gave babies this formula are any guide, we think that these cases could be valued at up to $1 million in a settlement, and even more if the case goes to a jury. Large multinational companies are not very sympathetic to a jury, especially when their product has seriously injured a baby.

Given the potential damage awards, there are high stakes with these cases. You should consult with an attorney immediately if your baby has been given cow-milk formula and developed NEC. Your attorney will advise you whether it is best to file a medical malpractice case or a product liability lawsuit against the company that made the formula. What we do know is that the person or company responsible for harming your baby can be held legally accountable and made to pay for your damages. If you are seeking a lawyer for a Camp lejeune lawsuit, contact us.