E-cigarettes have been marketed as a safer alternative to traditional cigarettes. However, while they do not have the same long documented history as a carcinogen like tobacco cigarettes, they still have their own dangers. Moreover, the manufacturers of these products market e-cigarettes improperly and to minors. The reality is that, notwithstanding any marketing attempts to convince people to the contrary, e-cigarettes are not necessarily less dangerous than tobacco cigarettes. There have been reports of people suffering many of the same harms as they would with regular cigarettes. As a result, Juul, one of the major e-cigarette makers is facing product liability lawsuits for the harm that its product has caused. Anyone who has used this product and suffered harm should contact a Juul e-cigarette lawsuit lawyer immediately. 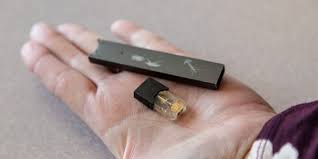 10-13-20- “Lexington 1 school district has joined with other schools across the country in a lawsuit against the e-cigarette manufacturer Juul, after S.C. high schools reported a jump in the amount of vaping by students. The Midlands school district joined the class action suit in a California courtroom on Oct. 2, the district announced in a press release on Monday. Lexington 1 is the first district in South Carolina to join the nationwide lawsuit.” The State

9-28-2020- “The Pittsburgh Public Schools will join dozens of school districts across the country in filing a federal lawsuit against the manufacturer and marketers of Juul vaping products. The school board gave approval last week for the district to enter into a contract with the Frantz Law Group of San Diego, which is filing the lawsuits in U.S. District Court in the Northern District of California, where Juul Inc. is located. “It’s very similar in concept to the tobacco litigation of some 20 years ago except this is not a class action,” district solicitor Ira Weiss said during a school board meeting Wednesday.” Post Gazette

7/19/2020- “Colorado is suing e-cigarette maker Juul Labs, Inc., alleging the company intentionally marketed its products to youth and misrepresented them as a healthy alternative to cigarettes when they may have been more addictive. The lawsuit comes after a nearly yearlong investigation led by Attorney General Phil Weiser, who claims Juul violated the Colorado Consumer Protection Act by targeting young smokers with attractive flavors and designs…” Denver Post

“Juul and other e-cigarette lawsuits claim vaping led to seizures, serious lung injuries or disease and strokes. Many vaping lawsuits claim that high nicotine levels in e-cig fluids or Juul pods led to e-cig addiction, possibly worsening the health dangers for people who have used Juul and other electronic cigarettes. The number of e-cigarette lawsuits has been growing alongside rapidly increased e-cigarette use among teens and young people. Many e-cig lawsuits target Juul Labs Inc., which accounts for about 75 percent of the e-cigarettes sold in the United States. The U.S. Surgeon General has said there is an “e-cigarette epidemic among youth.” Most e-cig lawsuits have been filed by young adults or parents of underage children who were unaware of the side effects of vaping.” Drug watch

Upon first glance, Juul e-cigarettes do seem to be less harmful than tobacco cigarettes. They appear to be similar to a USB device and do not require matches and a lighter. They are manufactured to have a sleek appearance, and the product has appealed to teens who have found ways to purchase e-cigarettes. E-cigarettes are a battery operated device that feeds mists or vapors into an inhaler. Users will suck the vapors into their lungs and “take a drag* the same as they would when smoking a cigarette. Makers warrant that the product does not contain as much nicotine, which is the dangerous ingredient in cigarettes. Further, these products are also supposed to be missing the carbon monoxide and tar that make cigarettes harmful.

E-cigarettes have gained in popularity since the product was introduced into the marketplace and as cigarettes have increased in price. Moreover, the high cost of cigarettes has led consumers to look for more cost-effective options. Many have turned to e-cigarettes since they can be cheaper and the perception is that they are safer.

While there are many companies that have entered the e-cigarette market, Juul is the dominant player in the space. Globally, the entire e-cigarette market has been estimated at over $11 billion annually. Internationally, the market is projected to exceed $50 billion by 2024. Juul has nearly half of the market share for e-cigarettes in this country. The company is experiencing dramatic annual growth even though it has had to stop selling certain products due to legal and regulatory concerns. Juul is poised to maintain its dominant position as the e-cigarette market continues to dramatically grow. Juul’s products have one of the highest nicotine content on the market, perhaps contributing to their popularity. Juul has capitalized on its sleek design and savvy social media marketing to achieve its dominant market position. In fact, Juul’s growth has been so dramatic that tobacco behemoth Altria recently purchased a large stake in the company.

Juul specifically targets smokers that are looking to quit tobacco with its marketing. However, the product has also caught the attention of teenagers. Regulatory enforcement has been stepped up in the hopes of keeping e-cigarettes out of the hands of teens.  However, research has shown that instead of being a product that people use to wean themselves off of tobacco, e-cigarettes are actually a gateway to regular cigarettes, especially for minors. Recently, Juul had to stop sales of certain flavored e-cigarettes that particularly appealed to teenage users.

Side Effects of E-Cigarettes Usage

E-cigarette users have reported experiencing numerous health complications that belie the contention that this product is safe. First, the nicotine contained in this product is no less addictive than that contained in tobacco cigarettes. As stated above, Juul has a very high nicotine ratio for an e-cigarette. While people think that they may be using less nicotine, there is actually the same amount of nicotine in one pod of Juul as there is in an entire pack of cigarettes. Combined with the fact that users will consume more than one pod in a day and people are actually increasing their nicotine consumption with Juul. In teens, this can adversely impact brain development and lead to other illnesses such as bronchitis, nausea and persistent coughing. There is even a risk of seizures associated with the product.

For all users of e-cigarettes, the health dangers approach those of tobacco cigarettes. While the headline risk of lung cancer is not as prevalent for e-cigarettes, there are still a host of other side effects that users can experience with prolonged use. E-cigarettes have been shown to have a negative impact on the cardiovascular system, which can ultimately lead to a heart attack. At a minimum, e-cigarettes can cause high blood pressure and coronary artery disease. In addition, e-cigarettes can still have harmful impacts on the lungs that can rival some of the side effects of smoking. The vapor can irritate the lungs, which can cause wheezing. Further, e-cigarette users are at a higher risk to develop chronic obstructive pulmonary disease. Many long-term health effects of e-cigarettes are not yet known since the product is relatively new to the marketplace. It may take some time to learn about the range of complications that users can experience.

Juul has been the target of various regulatory actions recently as state and federal governments begin to realize the extent of the problems caused by this product. Various state attorneys general have taken steps to rein in some types of sales of e-cigarettes. For example, the North Carolina Attorney General filed suit against Juul for its marketing campaigns that have made the product popular with minors. The FDA has also issued various safety warnings and campaigns designed to educate the public as to the dangers of e-cigarettes. The federal regulator has also taken steps to enforce laws regarding sales of tobacco to minors against merchants who have been violating the laws.

The Class Action Lawsuit Against Juul

There has also been a class action lawsuit filed against Juul by parents of minor children and adults who began using e-cigarettes when they were teens. The lawsuit focuses on Juul’s marketing tactics, claiming that the company engaged in widespread deception in an attempt to convince minors to begin using a dangerous product with significant health impacts.

The named plaintiff was 14 years old when she began using e-cigarettes. She had heard about “Juuling” which was the term that teenagers use to describe consuming e-cigarettes. The plaintiff did not know how much nicotine was in the product that she regularly used.  She became addicted to nicotine and began to suffer seizures as a result. This was aggravated by the fact that she sometimes accidentally swallowed the liquid nicotine. This exposed her to a significant amount of toxins.

The lawsuit makes various allegations about the product and the way that Juul marketed it. The complaint claims that Juul is defectively designed because of the markedly higher nicotine content of the product. Further, the plaintiffs allege that Juul’s e-cigarettes are further defective because they can cause seizures in users.

The complaint alleges that Juul has hidden information that is in its possession that reveals that its product is dangerous. In spite of this knowledge, Juul continues to sell its products claiming that they are a safer alternative to cigarettes. In fact, Juul did not have any safety warnings at all on its products until it was forced to do so by regulators in 2018. The lawsuit argues that Juul’s practices constitute fraud. The plaintiffs describe how Juul emulated the practices that Big Tobacco used to hook minors on their products years ago.

The lawsuit takes the dramatic step of alleging that Juul and Altria have violated the Racketeer Influenced and Corrupt Organizations Act. This statute is used against companies that engage in a criminal conspiracy. It is the same statute that was used to prosecute the mafia and insider trading on Wall Street. In addition, there are claims that Juul violated various aspects of Florida state law. The Juule e- cigarette lawsuit was recently filed so it is in its very early stages. Discovery and trial are still years away. In addition to the main suit in Florida, there is also a suit in federal court in New York.

Anyone who has been harmed by Juul e-cigarettes should immediately consult with a Juul e-cigarette lawsuit lawyer about the possibility of either joining the class action lawsuit or filing a suit of their own. The  Juul e-cigarette lawsuit attorney will be able to give a free case assessment after having a discussion about the facts of the case. Plaintiffs will only need to compensate the lawyer if they are successful in achieving some sort of financial recovery from Juul.