The Sorin Stockert 3T Heater is a system that is intended to be used during cardioplegic surgery to regulate the patient’s body temperature. Specifically, the system keeps the patient’s blood at a normal temperature when they are undergoing any procedure that results in open chest surgery. However, in October 2016, the FDA issued a safety communication warning of potential risks of serious infections that are associated with the use of this device. This was after multiple studies found that use of these devices elevated the risk of bacterial infection. Numerous patients, who allege that they suffered an infection after undergoing a surgery that used this device, have filed lawsuits against the manufacturer of this product. If you have suffered any harm from a procedure that involved the use of this device, contact a 3T Heater Cooler lawsuit lawyer immediately. 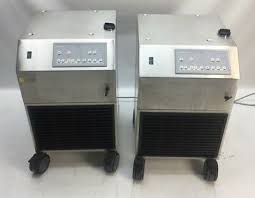 When a patient is undergoing an open-chest or lung procedure, their body temperature can sometimes change. As a result, there is a need to normalize the temperature of the circulating blood and organs. A heater-cooler unit involves a water tank that aerosolizes temperature controlled water. The water goes through tubes where it reaches a heat exchanger. This exchanger pumps blood into different chambers of the heart during surgery.

Update- 4/20/2020- “Anapol Weiss has received the largest chunk of $3.75 million out of 15 law firms for striking a settlement with the former Sorin Group USA ending claims that its heating-cooling device put heart surgery patients at risk of contracting bacterial infections.” Law 360

3/1/19- “LivaNova offered to pay $225 million to resolve about 75 percent of lawsuits filed in the United States. The settlement would apply to lawsuits in state courts, a class action lawsuit in Pennsylvania and lawsuits combined in the Pennsylvania MDL. As of April 2019, there were 87 lawsuits still pending in the MDL.” Drug Watch

2/1/2018 – “a federal panel combined 39 Sorin 3T Heater-Cooler System federal lawsuits from around the United States into a multidistrict litigation (MDL) in Pennsylvania federal court.”  Id.  The U.S. Judicial Panel on Multidistrict Litigation consolidate forty of the Sorin 3T Heater-Cooler System federal lawsuits. These product liability lawsuits were spread over 21 districts.  The MDL was No. 2816 and assigned to the Middle District of Pennsylvania. ( IN THE UNITED STATES DISTRICT COURT FOR THE MIDDLE DISTRICT OF PENNSYLVANIA)

Risks of an Infection from the Device

While the water that goes into the heat exchanges does not necessarily contain harmful bacteria, there has been another critical issue that has involved a serious risk of infection. As mentioned, the heater-cooler device aerosolizes water from water tanks. There is a risk for bacteria to grow in water that is inside the tank. Although this does not go straight into the patient, it becomes part of the ambient air. It is through the sterile surgical field that the possible bacteria reaches the patient’s body, whose chest is open during the surgery.

The particular type of bacteria at issue is called nontuberculous mycobacterium (NTM). NTM is not a dangerous bacteria in itself. However, when a patient has their chest cavity open, it poses a unique danger. The issue is that the impact of NTM is not felt immediately after the surgery. Since NTM is a slow-acting bacteria, it can take several months to several years after a surgical procedure for its effects to be felt. When it does manifest itself, patients will come down with M. Chimaera, which will most likely result in a heart infection. This condition is potentially fatal, but at a minimum, causes debilitating symptoms for months until it can be diagnosed and treated. Sometimes, this infection requires aggressive treatment with antibiotics that can lead to long-term damage for patients. Hundreds of thousands of patients who had these surgeries may not know that the NTM bacteria is in their body and it will eventually cause an infection. According to one of the complaints, there have been five deaths due to NTM infections just in Pennsylvania.

In June 2016, the FDA issued a Safety Communication to warn patients of these risks associated with the Sorin heater-cooler system. After several studies warned of the increased risk of NTM, the FDA issued an alert. The FDA issued an updated alert in October 2016 which contained several different ways to mitigate and guard against the possibility of an NTM infection. In fact, in 2014, the risk of infection had come to the FDA’s attention. In fact, the company itself issued a partial warning to some hospitals about the risk of infection in 2014. Even before that, the FDA has made a visit to Sorin’s headquarters to discuss potential safety concerns about the heater-cooler.

LivaNova and Sorin are now the defendants in numerous product liability lawsuits brought by patients who contracted an infection after a surgery using one of their heater-coolers. One of the major issues in these suits is the allegation that the defendants knew about this issue and did not issue a timely warning to doctors, hospitals and patients about the possibility of an infection. According to the plaintiffs, it is common knowledge that NTM can be present in water, and any system that relies upon aerosolization of water should account for that fact. The plaintiffs further allege that knowledge about the potential of heater-cooler devices to infect patients dates as far back as 2002. Even further, there have been reported incidents of heart infections reported in Europe by patients who have undergone a surgery that involved this product dating back to 2011.

The complaint further alleges that the FDA raised this issue with the defendant in 2011, and the defendant conceded that it had not considered the possibility of an airborne infection. According to the plaintiffs, the company should have considered the possibility of colonization of infection when it designed the device. It further should have issued warnings when it first became aware of any risk of infection associated with its product.

There are currently numerous Sorin Stockert 3T Heater lawsuits pending in federal court. These cases have been consolidated into multi-district litigation that is currently in the Eastern District of Pennsylvania. As of May 2018, there were 135 lawsuits filed, but the number continues to grow and will keep increasing because the infection can take several years to develop. There has been talk of a possible settlement of the cases that are pending in federal court.

If you or a loved one have contracted an NTM infection after heart bypass surgery, it is vital that you immediately move to exercise your legal rights. Given that the infection is slow to develop, there could be potential issues with the statute of limitations that make it vital to contact a Sorin Stockert 3T Heater lawsuit  lawyer immediately. An attorney can discuss the facts of your case with you and can let you know the prospects of receiving a financial recovery or settlement for the harm that you have suffered.