Lawsuits Against Social Media Companies for Harm Done to Children

Although social media gives teens an outlet to socialize and connect with each other, there is a serious downside to the culture created by the real-time feedback loop that goes along with this Myriad of apps. The teen suicide rate has increased dramatically in the age of Facebook, TikTok, Snapchat and other social media apps. Some parents have sought to hold the companies that own these apps legally accountable when their child’s suicide was directly tied to their social media experience. In particular, Meta (formerly known as Facebook) Is facing a barrage of lawsuits using a novel legal theory that could make the social media behemoth pay for the harm done to teens. 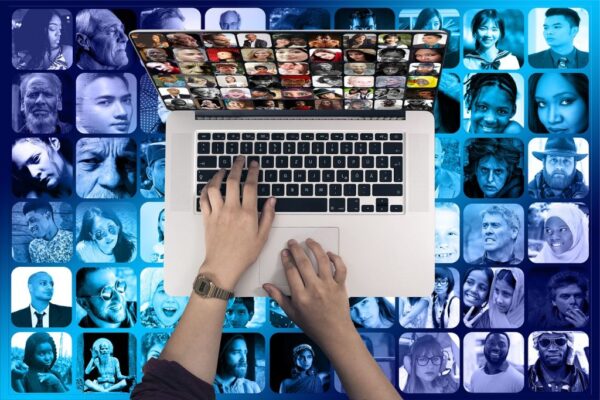 Studies linking social media to increase suicide attempts date almost as far back as social media itself. A 2012 study detailed several preliminary analyses that showed a connection between social media and suicide. If social media companies claim that they did not know of any tie between deteriorating mental health in teens and their products, they are denying evidence that has been known for more than a decade.

Many Teens Have Been Driven to Suicide by Social Media

There have been numerous stories of teens who have committed suicide after experiencing mistreatment and bullying online, including:

In a December 2021 advisory, the United States Surgeon General outlined some of the problems with social media and the resulting spike in serious mental health issues. According to the Surgeon General,

“Business models are often built around maximizing user engagement as opposed to safeguarding users’ health and ensuring that users engage with one another in safe and healthy ways.” The Surgeon General specifically called on technology companies to “step up and take responsibility for creating a safe digital environment for children and youth.”

The day after this advisory, Meta executives testified in front of Congress, claiming that their product was not addictive. However, internal documents show the exact opposite. Not only are social media platforms addictive, but the companies that own them know that and attempt to take advantage of it in designing their products. The ultimate victims are the users, especially teenagers and children.

Recently, Meta / Facebook has been rocked by whistleblower revelations that show that the company knows exactly what it is doing and the risks that its users face. Not only have the disclosures detailed the fact that Meta turns a blind eye to the spreading of political misinformation, but they have also described a company that knows full well the harm that its product can do to children.  The whistleblower has explained that Meta has made a conscious decision to put profits over the well-being of its users. Specifically, The whistleblower has alleged that Meta is in possession of a study that shows that Instagram worsens body image issues among teens.

One particular study shows the full extent of what Instagram can do to teens. 6% Of American teens and 13% of British users said that their desire to commit suicide came from their usage of Instagram. Meta / Facebook has had possession of the study for over two years, yet it refuses to make public its own findings. In typical fashion, the company claims that its research is internal and is geared toward its own “brainstorming.” In its usual denial of reality, Meta focuses only on the positive effects that connecting through social media can have on teens. Simply stated, the company makes too much money off its teen users to do anything to protect them. Nearly 40% of Instagram users are under 22 years of age.

Some have suggested that Instagram even pushes users toward the most harmful content. Artificial intelligence drives the content that shows up in the Instagram Explore page. The algorithm is designed to show people “living their best life” and looking their best, pushing teens to a dark view of their own life.

Some parents who have lost children to suicide have decided to take legal action against social media companies. The most frequent target of lawsuits has been Meta / Facebook. In addition, The owners of Snapchat and TikTok have also been named in lawsuits.

In June 2022, Meta was named in eight separate lawsuits that were filed across the country. These lawsuits were in addition to numerous lawsuits that were previously filed by other families in the wake of their child’s suicide. In one January 2022 case, a California mother filed a lawsuit against Meta and the parent company of Snapchat after her 11-year old daughter committed suicide.

The lawsuit opens by alleging that social media companies have spent billions of dollars intentionally designing their products to be addictive. According to the complaint, the companies know that people are engaging in problematic usage of their platforms, yet they do nothing to stop it or make their products safer.

The lawsuit complaint focused on both the specific impact that social media had on the child and on teen users in general. The lawsuit was filed as a product liability claim, with the social media apps being the relevant “product.”

In general, the lawsuit seeks compensation on a strict liability Theory on the following grounds:

In addition, the lawsuits have alleged that social media companies have committed common law negligence Because the defendants failed to exercise ordinary care in both design in the platforms and warning the public about their dangers. This particular lawsuit uses a legal theory called “attractive nuisance,”  which generally alleges that defendants have a higher duty of care to protect children from a specific harm that is likely to attract children.

In the case of this particular pre-teen, she developed an addiction to social media at the age of nine.  She spent two continuous years on Instagram and Snapchat with a worsening addiction,  Notwithstanding her mother’s efforts to deal with the problem. She had numerous unexcused absences due to her use of social media.  She sent sexually explicit images of herself to classmates over Snapchat which were ultimately shared with others. After several inpatient hospitalizations and a Severe eating disorder, she committed suicide at the age of 11.

Other families have sued  Facebook for other mental and physical health conditions that their children have endured due to their social media use. One family filed a lawsuit against meta, blaming social media apps for their daughter’s eating disorder.

If your child has committed suicide after extensive use of social media, or they have suffered severe mental health effects, your family may be entitled to financial compensation. You should consult with a product liability lawyer, who can help you file a lawsuit against the companies that have profited from exposing children to grave danger.  You can speak with an attorney during a free initial consultation, and you do not need to pay them anything unless you win your case.