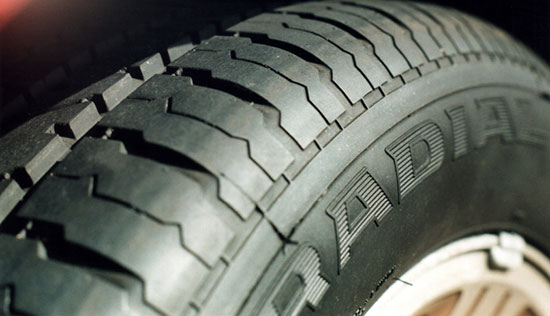 Tire Defects in the News

Update- 10-22-21- “NEW ORLEANS, Oct. 22, 2021 /PRNewswire/ — The Louisiana Supreme Court has declined to hear an appeal by Goodyear Tire & Rubber Co., leaving in place a $7.2 million wrongful death verdict for the family of a Plaquemines Parish man who was killed when a defective Goodyear G182 tire suddenly exploded. Interest accrued during Goodyear’s appeal brings the award to nearly $8.9 million. It is the latest defeat for Goodyear in the case of Breaux v Goodyear Tire & Rubber Co. stemming from a February 2014 incident in which Elwood Breaux Jr. suffered mortal injuries when a G182 tire experienced a “zipper failure” and ruptured as he was inflating it.  A three-judge panel from Louisiana’s Fourth Circuit Court of Appeal previously found that the trial judge had ruled properly that Goodyear had not carried out its duty to warn about its tires’ dangers and how to avoid injury.”

10-7-2021- “NEW ORLEANS, Oct. 22, 2021 /PRNewswire/ — The Louisiana Supreme Court has declined to hear an appeal by Goodyear Tire & Rubber Co., leaving in place a $7.2 million wrongful death verdict for the family of a Plaquemines Parish man who was killed when a defective Goodyear G182 tire suddenly exploded. Interest accrued during Goodyear’s appeal brings the award to nearly $8.9 million. It is the latest defeat for Goodyear in the case of Breaux v Goodyear Tire & Rubber Co. stemming from a February 2014 incident in which Elwood Breaux Jr. suffered mortal injuries when a G182 tire experienced a “zipper failure” and ruptured as he was inflating it.  A three-judge panel from Louisiana’s Fourth Circuit Court of Appeal previously found that the trial judge had ruled properly that Goodyear had not carried out its duty to warn about its tires’ dangers and how to avoid injury.” West Virginia Gazette

Tire manufacturing relies on exact temperature settings as well as exact humidity settings. These settings have an effect on chemical reactions. The particular settings may affect complicated  mechanical alterations and an alteration in certain variables may cause hazardous tread defects.  A local rear end car accident lawyer may not be schooled in complex tire mechanical engineering and will likely send out a letter to get a few thousand dollars in settlement. A big time tire defect lawsuit attorney will have the resources and expertise to retain the best TIRE FAILURE ANALYSIS EXPERT experts to file litigation seeking a seven figure defective tire settlement. Get a defective car part lawyer who will hold corporate America accountable when they expose the public to hazardous products and car parts causing death and severe injury. The public cannot rely on government oversite to hold tire manufacturers accountable . This is especially the case when lobbyists and special interests are  seeking to relax legal tire specifications. There is a real role for white knight, high profile and high powered law firms to hold tire manufacturers accountable for  accidents resulting from  defective tire treads. Is your lawyer able to sue manufacturers in South Korea, China and Japan. Many local lawyers will run for the hills when international litigation is required. Does your lawyer have the chutzpah to force an Asian tire manufacturer to allow an inspection of an Asian manufacturing facility? You know your lawyer is in over his head when he is doing marital legal separations to pay the mortgage and moonlighting as a tire tread separation lawyer.

The best tire defect lawyer will ascertain what causes the origin of a tire blow out, tread separation, or tire malfunction.  The best defective car part lawyer will have vast experience in  federal court  and immediately retain a tire failure analysis engineer.  The law firm will be knowledgeable about different tires such as radial medium truck, Performance truck tires,  light truck, All-terrain truck tires and passenger tires.  A high powered law firm will be able to determine if a tire failure was caused by a manufacturer defect or resulted from inadequate owner/ operator maintenance. It is also possible that there was no tire defect but a prior tire repair was inadequate, negligent or faulty.

Tires are critical to the comfort, safety, and performance of a vehicle. Tires are supposed to be produced using the most suitable designs, materials, and workmanship. The quality standards employed during the manufacture of tires needs to be observed stringently. Unfortunately however, this is not always the case. Sometimes during the manufacture of tires, there is slackness in these standards. This allows poor designs and substandard materials to be used. The quality of workmanship may also be compromised resulting in poor quality tires that are dangerous to use. The reason why tire manufacturers allow slipshod standards are to cut cost. Defective tires could also happen as an oversight without the manufacturer’s intention.

There are many types of tire defects. The most common tire defect is tire tread separation. Tire tread separation mostly occurs in steel belted radial tires when the rubber belt having the tread fails to adhere to the steel part forcing the tread to detach. This detachment usually occurs when a vehicle is at high speed and the tire is hot. Other types of defects include tire rim explosions, weak bead failures, and sidewall failure. Most of these tire failures are made worse by poor user practice and negligence such as over inflation.

10-10-2020- “Diggs is one of hundreds of owners of 2015-19 Corvette Z06 or Grand Sport models who have reported bent or cracked wheel rims despite low mileage and careful driving. Some have complained to the National Highway Traffic Safety Administration, others to the Better Business Bureau. Now a consolidated class action lawsuit filed against GM seeks millions of dollars in reimbursement for 18 owners named in the lawsuit plus all others, including Diggs, who suffered damaged wheels. The class action accuses GM of using inferior materials and a faulty manufacturing process that resulted in substandard wheels.” Detroit Free Press

6-9-2020- “HOUSTON and OCALA, Fla., June 19, 2020 /PRNewswire/ — As global tire manufacturing ramps back up after  COVID-19 pandemic closings, trial lawyers… are calling on the industry to be vigilant about quality control and urging regulators and consumers to be on the lookout for defective tires entering the market.” PR Newswire

5-22-2020- “HOUSTON and OCALA, Fla., May 22, 2020 /PRNewswire/ — Trial lawyers won an important Arkansas Court of Appeals ruling, upholding a $1.2 million product defect verdict against Hankook Tire Company and its U.S. subsidiary, as well as sanctions against Hankook and an awarding of attorney fees. The May 20 decision involved an Arkansas truck driver seriously injured in a crash caused by a defective Hankook tire.” PR Newswire

9/17/19- “A Louisiana district court has awarded a $7.2 million verdict for the tire explosion death of a Plaquemines Parish, Louisiana, man. The jury found that Goodyear Tire & Rubber failed to provide adequate warning about both the existence and cause of sidewall zipper failures with its G182 tire….lawyers presented evidence showing that the tire company’s warnings about zipper failure were misleading about the circumstances in which a tire could rupture. In addition, the warnings were never relayed to employees of the Solid Waste North Department of the Plaquemines Parish Government. They were unaware of explosion risks for tires on the fleet of garbage trucks, according to court testimony.” PR Newswire

2/26/19- “South Texas attorneys representing the surviving family and estate of a man killed in a car wreck say a recent $33 million verdict holds the Goodyear Tire & Rubber Co. responsible for faulty tires that resulted in the fatal wreck.  Ramiro Munoz was killed in 2013 after a collision with a cement truck that had a blown-out tire, according to a report from a San Antonio TV station. Munoz was city manager of Carrizo Springs, a South Texas town north of Laredo in Dimmit County. ” Caller times

When a tire manufacturer realizes that a particular tire model that it has released has some critical defect, it recalls all the tires of that type and batch. The manufacturer recall the defective tires that have already been sold and replaces them with better ones that are proven to be safe. The manufacturer recals the defective tires to protect the users from harm and also to safeguard itself against expensive lawsuits which are bound to follow. The most famous tire recall is probably the Bridgestone/Firestone recall of the year 2000 where they recalled 3.85 million pieces of Radial ATX and Radial ATX II tires. Most of these were fitted on Ford Explorers as original equipment and many accidents were taken to have resulted from the defective tires. The defect was attributed to tread tire separation. The ensuing lawsuits led to the severing of business relations between Ford and Bridgestone.

The same Bridgestone tires were also fitted on Mercury Mountaineers and Mazda Navajos. Other less famous tire recalls include the Multistrada recall of Radar Radial RLT-9 of 2012, Cooper Tires recall of 8 different tire lines, Michelin recall of 3 different truck tires. The recalls and the inevitable heavy losses incurred by the tire makers have made them more prudent in the way they manage the manufacturing process. Motorists have also become keen on the type of tires they use so as to reduce the risk they undergo on the road. Tire and vehicle manufacturers have increased their awareness raising campaigns among motorists for their safety.

“If a tire malfunctions, it may be possible to hold the manufacturer liable for the damages. That is what a mother of a young daughter did in a lawsuit that recently went to trial in Philadelphia. After suffering serious injuries in a car accident involving a malfunctioning truck tire tread, the mother sued the tire manufacturer, the employer of the truck driver, and other parties. Some of the defendants settled confidentially, and a jury awarded $10.6 million to the plaintiffs, as well as $1.1 million in delay damages.” legal Examiner

“The plaintiff and her 5-month-old daughter were riding in her mother’s minivan on a New Jersey interstate highway in July 2015, when they came upon a 14-foot piece of truck tire tread that had been left in the middle of the road. The tread came from a concrete mixing truck that had previously experienced tire tread failure. According to the complaint, it had been there for nearly 30 minutes by that time. The minivan driver swerved to avoid the tread, and in the process, struck a guardrail. The minivan rolled over onto its passenger side. The plaintiff and her daughter were partially ejected from the vehicle and suffered from serious injuries.” Id.