Risperdal (risperidone) is an antipsychotic medication, approved to treat schizophrenia and bipolar disorder. It can also treat symptoms of autism in children. It has also caused serious side effects in some patients including breast tissue development in children and increased death risk in the elderly. Risperdal is the brand name for the generic medication, risperidone which was first approved by the U.S. Food and Drug Administration (FDA) in 1994. It is used to treat schizophrenia, bipolar disorder and behavioral symptoms of autism and was once the best-selling antipsychotic on the market. It works by blocking neurotransmitters like dopamine and serotonin, chemical messengers in the brain. Risperdal is manufactured by Janssen Pharmaceuticals, a division of Johnson & Johnson. It was a “next generation” drug that was intended to be safer than the older drug Haldol (haloperidol) and is available as an oral medication, a fast-dissolving tablet and a controlled release injection known as Risperdal Consta. 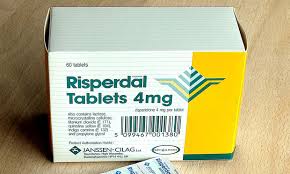 If a victim is a minor, ask the following questions:

If  a Risperdal victim is now an adult but took the drug when victim was a minor the Risperdal law firm must establish:

All antipsychotics work by blocking the neurotransmitter dopamine to decrease psychotic and aggressive behavior. Because it also blocks another neurotransmitter, serotonin, Risperdal is considered an “atypical” antipsychotic. Blocking serotonin makes it more effective in treatment of bipolar disorder and other conditions like aggression in autism. In addition to the approved uses, Risperdal has been used as a “chemical restraint” in the elderly and was given to hundreds of children in foster care and state custody who were considered combative. Some patients who were given Risperdal suffered serious and irreversible side effects such as abnormal breast growth or gynecomastia and it was shown to increase the risk of death in elderly dementia patients.

Johnson & Johnson was accused of illegally marketing Risperdal for unapproved uses in children and paid billions of dollars in fines and settlements to the U.S. government and several state governments. The companies have been the subject of multiple news reports and are still facing hundreds of lawsuits permanent injuries such as gynecomastia.

Update-9-2-2020- “The Pennsylvania Supreme Court has denied efforts by drugmaker Janssen Pharmaceuticals to overturn a $70 million verdict out of the Risperdal mass tort in Philadelphia. The decision paves the way for the trial court to reconsider whether the facts of the case merit a punitive damages trial. On Tuesday, the justices issued a per curiam order denying Janssen’s appeal in A.Y. v. Janssen Pharmaceuticals, which involved a male plaintiff who claimed that the anti-psychotic medication caused him to grow excessive breast tissue. The ruling affirms a decision by a three-judge Superior Court panel that last year determined the $70 million award was not excessive, and remanded the case so the Philadelphia Court of Common Pleas could take a fresh look at whether there should be a punitive damages trial in light of recent precedent on the issue.” Law

5-19-2020- “On May 8, 2020, the Second District Court of Appeal in California issued a decision that may reinstate potentially hundreds of lawsuits against Johnson & Johnson for its product Risperdal. Readers may recall the Risperdal cases that are pending across the country, with a segment of cases in California, Pennsylvania, Missouri, and South Carolina. Men, boys, and their families are suing Johnson & Johnson and affiliates (such as Janssen Pharmaceuticals), alleging that the drug Risperdal, used to treat mental illnesses such as schizophrenia and bipolar I disorder, caused gynecomastia. Previously, Johnson & Johnson had been granted a summary judgment on federal preemption grounds, which halted the California cases from moving forward.” Policy Med

1/21/2020-  The $8 billion punitive damages award was reduced to $6.8 million in the case of Nicholas Murray, according to court documents. Murray sued J&J in 2013 alleging his off-label use of Risperdal caused him to develop breasts, and a jury sided with the plaintiff in October. After the initial verdict, J&J said the punitive damages award was “grossly disproportionate” to the jury’s compensatory damages award of $680,000 and a “clear violation of due process. Even with the reduction, though, J&J is moving forward with an appeal, Janssen spokesperson Andrew Wheatley said in a statement.  ” Fierce Pharma

10/9/19- “A lawsuit over the antipsychotic drug Risperdal has led to an $8 billion punitive damages award against Johnson & Johnson and one of its subsidiaries. The award was handed out Tuesday by a Philadelphia jury. The plaintiff’s attorneys argued that the drug is linked to abnormal growth of female breast tissue in boys, the Associated Press reported. In a statement, attorneys Tom Kline and Jason Itkin said Johnson & Johnson used an organized scheme to make billions of dollars while illegally marketing and promoting the drug.” Web MD

Side Effects of Risperdal

Like all medications, Risperdal may cause a number of side effects. Most of these are mild to moderate but some may be severe, cause permanent injury or increase the risk of death.

Common side effects include:

Serious Side Effects of Risperdal

Risperdal stimulates secretion of a hormone called prolactin. This hormone is produced by the pituitary gland and is high when a woman is pregnant or nursing. High levels increase breast tissue and help the body produce milk. Researchers believe Risperdal triggers the pituitary gland, leading to increased prolactin levels for both male and female users and has been shown to cause gynecomastia or growth of breast tissue in males, some as young as age four. Breast tissue growth is usually a permanent change which may require surgery to correct. Gynecomastia often causes serious emotional problems, particularly in boys, adolescents and young men.

Secretion of prolactin is normally responsible for female lactation or milk production after giving birth. Risperdal’s stimulation of prolactin production has caused premature breast development and lactation in young girls who are not of child-bearing age. Lactation has also occurred in males who have developed gynecomastia and in women who are not pregnant or nursing.

Risperdal may cause movement disorders which may become worse over time. These abnormal movements are known as extrapyramidal symptoms (EPS) and may be permanent, even if Risperdal is discontinued.

Symptoms of EPS may include:

Many patients will require medication to manage symptoms of EPS.

Risperdal has been shown to increase the risk of death in elderly patients with dementia. More elderly dementia patients have died from pneumonia, cardiac failure and stroke while Risperdal and the increased risk was not related to the dose amount or how long the medication had been taken. Though the exact cause is unknown, patients with dementia may be more at risk as they are unable to report severe symptoms. Because of the number of deaths, the FDA required that a “black box warning” be added to prescribing information for Risperdal. A black box waring is the most severe warning that can be issued by the FDA and requires that information is printed at the top of prescribing information, surrounded by a thick, black border.

Since its 1994 approval, Risperdal has been the subject of multiple controversies, disputes and reports involving the FDA and other government agencies.

The FDA issued a 2005 black box warning, about the increased risk of death and required changes to prescribing information. Janssen and parent company, Johnson & Johnson have already paid more than five billion dollars in fines and settlements for fraud, unapproved marketing of Risperdal and other issues.

Janssen’s application for Risperdal use in children had been denied by the FDA in 1996 due to a lack of evidence for safety and effectiveness and a failure to specifically identify disease states for which it would be used. FDA documentation dating back to this time shows that the FDA noted suspicions that the approval had been requested because the medication was already in use in adolescents and children.

Investigations have revealed a 1994 Risperdal product plan that discussed “seeding” of promotional material with underlying suggestions that the product could be used in children and for unapproved uses.

The company has also been accused of other improper marketing practices promoting unapproved uses such the widespread use of:

Some of these practices led to government insurance fraud in programs such as Medicaid and Medicare for which the company paid $172 million in civil penalties and $485 million in criminal penalties to the US government and 45 states.

Between 2010 and 2012, Johnson & Johnson faced settlements in multiple states regarding improper marketing practices including:

Some of these awards have been dismissed due to technicalities but in 2013, Johnson & Johnson paid approximately $2.2 billion in settlements with the Department of Justice and state and federal agencies regarding improper marketing practices from 1999 to 2005. The DOJ and the attorney generals from 45 states and the District of Columbia claimed that claimed that as early as 1994, the company had promoted the medication for pediatric use and that kickbacks were paid to doctors and the largest nursing home pharmacy in the U.S. for the use of Risperdal.

Government agencies all accused the company of aggressive marketing of the medication for use in children with disabilities and in the elderly. In 2014, a settlement was also awarded to the State of Montana for $5.9 million. Several cases of gynecomastia have been settled out of court and a 2019 drug injury lawsuit resulted in a $8 billion verdict against Risperdal’s manufacturer Janssen and parent company Johnson & Johnson but is likely to be appealed. This followed a $70 million verdict in Philadelphia in July 2016, but other cases have not been successful. Johnson & Johnson and Janssen are still facing over 13,000 Risperdal lawsuits, most of which are due to cases of gynecomastia.

Notwithstanding claims relating to this product, the drug/medical device remains approved by the U.S. FDA.