Before considering a Medtronic insulin pump lawsuit, a victim needs to retain a top  defective medical device law firm. Medtronic minimed insulin pumps are intended to help patients suffering from type 1 diabetes increase their insulin production. The pumps are designed to replace insulin shots and provide patients with an easier and less invasive means to take their insulin treatments. However, the products have shown the ability to pump too much insulin into the patient, resulting in numerous complications and side effects. This led to an FDA recall for the product. Medtronic issued a recall of  over 322,000 MiniMed insulin pumps as a result of many concerning and disturbing reports and thousands of injured victims. There has been more than one death caused by a Minimed insulin pumps. Claims pursued by victims against Medtronic assert that Medtronic Minimed pumps contain broken or missing retainer rings which interfere with correct dosing of insulin. This may lead to  diabetic comas and assorted complications. The  insulin pump recall pertains to every lots of the Model 630G (MMT-1715) manufactured prior to October 2019 and every lot of the Model 670G (MMT-1780) manufactured prior to August 2019. The U.S. FDA has determined the Minimed recall as a class 1 recall. A class 1 recall of a medical device is a a very serious matter. 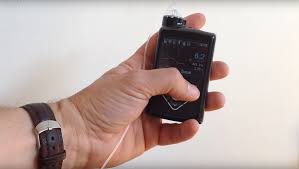 Update- 9-15-2022-  “Medtronic faces a class action lawsuit that alleges the company placed its desire for profits ahead of the safety of consumers, by concealing information about Medtronic MiniMed insulin pump problems that was known before a series of recalls were issued in recent years. The complaint (PDF) was brought this month by union pension and welfare funds, pursuing securities fraud claims against Medtronic and several of its executives for failing to disclose issues with the insulin pumps to investors and the public. According to the complaint, a number of false and leading representations were made about the safety and salability of the Medtronic MiniMed pumps to inflate the stock price, while diabetic patients continued to experience problems with the insulin pumps, which caused serious and potentially life-threatening injuries.” about lawsuits

3-5-22- Medtronic was sued in Florida Northern District Court. The product liability case is Wiggins v. Medtronic Minimed Inc. (3:22-cv-02781) In the lawsuit the victim’s representative asserts that the MiniMed 670G insulin pump was unreasonably dangerous and defective because the retainer ring did not adjust within the pump in a correct manner causing too much insulin delivered to the victim.

5-27-21- ” New research presented at the American Academy of Clinical Endocrinology’s 30th Annual Meeting (AACE 2021) is detailing the effect of Medtronic’s MiniMed 670G system on change in HbA1c and time in range in patients with type 1 diabetes. A systematic review and meta-analysis of data from major databases included a dozen studies and determined Auto Mode use results in an A1c change of -0.5% and a nearly 10% increase in time in range. “This meta-analysis of MiniMed™ 670G Auto Mode therapy use compared with other therapies showed a significant improvement in glycemic control. These comprehensive findings demonstrate a safe and clinically meaningful impact of a first-of-its-kind device for T1D management,” wrote investigators.” Endocrinology network

5-10-21-“As much excitement as there is about continuous glucose monitoring (CGM) technology becoming the new standard of care for diabetes, the reality is that it’s still too expensive for many people to afford. Despite the proven benefits of CGM, and the fact that it’s becoming more accessible for some people with type 1 diabetes (T1D) and good health insurance, it remains a luxury for many. A 2021 study Trusted Source confirmed that pricing is one of the biggest barriers to widespread use of CGM.” Healthline

12-24-2020- “A Pennsylvania woman recently filed a new Medtronic lawsuit in the U.S. District Court for the Middle District of Pennsylvania. She claims that after using the Medtronic MiniMed insulin pump, she suffered from serious injuries. She seeks compensatory and punitive damages.” Pittsburgh Pennsylvania Legal Examiner

11/02/2020- “A federal judge in Missouri has blocked an effort by Medtronic (NYSE:MDT) to dismiss a lawsuit alleging that the failure of one of its infusion pumps caused “severe and permanent injuries.” Mass Device

5/23/2020- “A group of seven plaintiffs recently filed a new Medtronic MiniMed lawsuit in the Superior Court of California.  The plaintiffs claimed that after using Medtronic’s 600 series insulin pumps, intended for the treatment of type 1 diabetes, they suffered serious injuries. This case was later removed to the U.S. District Court for the Central District of California.” Pittsburgh Legal

2-12-2020- “Medtronic has recalled some of its insulin pumps after injuries and one death were reported due to the device malfunctioning, according to a US Food and Drug Administration announcement on Wednesday. Medtronic recalls MiniMed insulin pumps as FDA warns about hacking risk Insulin pumps are small devices that can deliver insulin and help diabetes patients reach desired blood glucose levels as part of their management of the disease. Medtronic has recalled certain MiniMed 600 Series insulin pumps for delivering incorrect insulin dosing due to a missing or broken retainer ring, which helps lock the insulin cartridge in place in the pump’s reservoir compartment, the FDA announcement said. The recall includes about 322,000 devices. There have been reported incidents of a loose reservoir that can no longer be locked into the pump. The reservoir can become loose due to a broken or missing retainer ring that prevents a proper lock. The retainer ring can be broken, for example, as a result of dropping or bumping your pump on a hard surface,” said a safety notification letter that Medtronic sent to patients in November.” CNN

11/21/19-  “On Nov. 21, 2019, the U.S. Food and Drug Administration (FDA) announced a Class 1 recall—the most serious type of recall—for over 300,000 Medtronic MiniMed 600 series insulin pumps.  The specified pumps could have a missing or broken retainer ring, which could cause under- or over-delivery of insulin, increasing the risk of injuries including hypoglycemia and hyperglycemia.” Id.

What is an Insulin Pump?

An insulin pump is a small computer that a patient wears strapped to their waist. The device is programmed to deliver a continuous and steady dose of insulin. The delivery is done through a catheter that is implanted in the patient. The catheter is taped into place after insertion. A patient has different options for programming the device, including a higher dose timed to coincide with meals. This device is suited for those who have frequent low blood glucose reactions or delays in absorption of food.

What is a MiniMed Insulin Pump and Infusion Set?

Medtronic “designed, manufactured, marketed and distributed the MiniMed 630G (MMT01715) Insulin Pump and Pro Set Infusion Sets, which were marketed to deliver insulin to a person with diabetes in measured amounts. The MiniMed pump was manufactured with a retainer ring designed to lock the patient’s insulin cartridge into place in the pump’s reservoir compartment. Pro Set Infusion Sets consist of a membrane and disposable plastic tubes which transport insulin from the pump to the
patient’s body.” Complaint

“The Medtronic MiniMed 630G Pump and Pro Set Infusion Sets are used in conjunction with one another to help people with diabetes regulate their blood sugar by providing a constant source of insulin. They provide an alternative to daily injections of insulin the pump connects to flexible plastic tubing that delivers insulin to the body. Users set the pump to deliver insulin throughout the day. It can be programmed to release larger doses at meals or at times when blood sugar levels are too high.” Id

Medtronic insulin pumps date back to the 1980s. The company has continuously been releasing more advanced models since then. According to the company’s financial statements, the Diabetes Division accounts for nearly $600 million in sales per quarter. Medtronic is one of the dominant companies in the insulin pump sector and figures to be the largest company in the field by 2020.

Medtronic has had several recalls of this product this decade. In 2013, Medtronic received a warning letter from the FDA regarding the manufacturing conditions in its plant. The following year, its product were recalled for a malfunctioning button that resulted in an overdelivery of insulin.

Medtronic initiated a large-scale recall of its insulin pumps

In 2017, Medtronic initiated a large-scale recall of its insulin pumps. Like prior recalls, the issue behind this recall was the over-delivery of insulin. This specific problem involved over-delivery after an infusion set change. If fluid comes into contact with the insulin reservoir, it can cause a blocked membrane. This disrupts the continuous delivery of the insulin and can cause an excess of insulin to be delivered at times. The recall was intended to change the membrane to keep fluid from coming into contact with it during an infusion set change.

The over-delivery of insulin can cause hypoglycemia, which is low blood sugar. In a worst-case scenario, this can cause death. In one instance, a man in Mississippi has claimed that his wife died after her Medtronic insulin pump administered too much insulin while she was asleep. In another instance, a New Jersey estate claimed that a man died while using a Medtronic insulin pump since the pump did not give him enough insulin.

There are various product liability lawsuits that have been filed against Medtronic, given that many of its different pump models have been plagued with issues. The issue for Medtronic is all the more pronounced due to the multiple recalls that have been issued regarding its products. For Medtronic, there is a large potential liability given the high sales volume of these products.

Dire side effects of hypoglycemia

Given the dire side effects of hypoglycemia, many of the claims against Medtronic have involved wrongful death claims. The lawsuits are rooted in the theory of product liability. Some of the complaints have called attention to issues that Medtronic has experienced in its manufacturing process. The FDA had cited Medtronic in the past for failure to report to the FDA that it came into possession of information that its product caused injury. The complaints have made light of the fact that Medtronic is alleged to have insufficient personnel on hand at its manufacturing facility in Puerto Rico to conduct product testing. Federal law requires that people responsible for testing be doctors, nurses or others with advanced degrees. Instead, Medtronic allegedly had lax testing procedures that included relying on an individual with only a high school diploma.

Medtronic had an obligation to properly design and test the product

The Medtronic insulin lawsuits have alleged defects in the manufacture of Medtronic’s insulin pumps such that when the membrane got wet or was blocked, it resulted in the overdelivery of insulin that could cause hypoglycemia. Specifically, Medtronic had an obligation to properly design and test the product, but did not do so. Additionally, the plaintiffs allege that Medtronic had a duty to anticipate the conditions under which its product would be used and properly warn patients of the potential risks of using the product. Medtronic should have continuously tested its product after it was placed onto the market, the allegedly did not do so.