Ocaliva is a drug that is intended to treat liver disease. However, for some patients, the drug has made their problems far worse. Those who suffer from cirrhosis of the liver have suffered from liver failure after taking Ocaliva. As a result, the Food and Drug Administration has issued a Safety Communication contraindicated the use of Ocaliva for patients with cirrhosis. Patients who have taken Ocaliva and have been injured may be eligible for financial compensation. 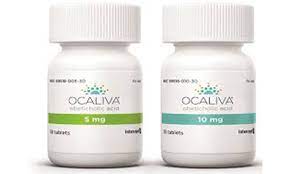 Ocaliva is used to treat primary biliary cholangitis. This is an autoimmune disease that attacks the bile ducts, eventually causing them to collapse. Without bile ducts to hold this toxic substance, the bile will be released into the liver itself. This condition will eventually lead to cirrhosis of the liver and may require a liver transplant.  Ocaliva works by trying to reduce toxic bile in the liver. It attaches itself to the receptors that control the production of bile in the liver. This helps reduce the buildup of bile that can damage the liver. In addition, Ocaliva is also supposed to aid in the flow of bile out of the liver.

Update -8/19/2022- “For the full year 2021, Ocaliva net sales were $363.5 million including USA net sales of $260.8 million, which represented growth of 16% as compared to the prior year Intercept Pharmaceuticals Inc. has said it entered into a settlement agreement with Dr. Reddy’s Laboratories resolving the previously disclosed patent litigation to market a generic version of Ocaliva (obeticholic acid) 5 mg and 10 mg tablets in the USA.” The Hindu

Ocaliva Is One of the Most Expensive Drugs in the World

Ocaliva is made by Intercept Pharmaceutical. This is a smaller drug company that has had its share of difficulty with the FDA. Nonetheless, Ocaliva sales have been rising since it was introduced. In 2020, Ocaliva did over $300 million in sales worldwide. This is up from $177 million in annual sales in 2018. Part of the reason annual sales are so high is because the drug is prohibitively expensive. A 30-day supply of Ocaliva costs $8,400. However, the high cost of the drug does not automatically buy safety.

The FDA Approved Ocaliva Without a Full Safety Review

The drug did not go through the full FDA approval process. Instead, Ocaliva received approval through the FDA’s orphan drug program. This is an FDA program that tries to make it easier to get approval for drugs that treat rare diseases. It is a policy decision designed to encourage drug makers to design products for uncommon conditions, where no other manufacturer has stepped forward. The FDA believed that Ocaliva was a one-of-a-kind drug that could help patients. The agency based its findings on a survey of 216 patients that found that it lowered the level of the biomarker alkaline phosphatase. According to the FDA, this reduced the risk that the patient may need a liver transplant. The FDA’s approval was based on the clinical data alone, and there was no additional testing required.

Numerous Patients Have Been Injured by Ocaliva

Within several years after Ocaliva’s approval, reports began to come into the FDA of some serious side effects of the drug. In addition, there was medical literature that began to document the effects. 25 patients filed adverse event reports through the FDA’s system that detailed the serious harm caused by Ocaliva .

The problem is that not all patients are well-suited for Ocaliva. In fact, the drug can be downright dangerous for some. The problem is that it can seriously harm patients with primary biliary cholangitis (PBC) with advanced cirrhosis of the liver. Those patients developed complete liver failure, requiring a liver transplant.

The FDA Issued a Contraindication for Ocaliva

The FDA’s Drug Safety Communication regarding was more than just a strong black box warning of the dangers of the drug. Instead, the agency contraindicated the drug for patients with PBC and advanced cirrhosis. This means that the drug should not be used at all for these patients.

The FDA did not order a full recall of Ocaliva , It only ordered that Ocaliva no longer be used for PBC patients with advanced cirrhosis. The agency still believes that the benefits of using it for other patients outweigh the risks.

Ocaliva Has a History of Injuries and Deaths

This is not the first safety issue for this drug with a checkered history. Shortly after it was approved for use, there were reports that patients were dying from Ocaliva. The problem was that patients were taking incorrect dosages, and were taking too much of the drug. 19 patients were reported to have died. The FDA ordered a black box warning to inform of the correct prescribing instructions for Ocalvia. In October 2020, the FDA ordered a liver safety evaluation after learning of reports of injuries. This Drug Safety Communication appears to be the result of that evaluation.

The problem may be more widespread than what the Drug Safety Communication indicated. The FDA mentioned the 25 people who were seriously injured based on reports made to the agency. Not every injury from a drug is reported to the FDA. There is a possibility that more people have been harmed.

This is what often happens when drugs are rushed through the FDA approval process. Even though there are valid reasons for quickly approving certain novel drugs when there are no other treatments on the market, patients still bear the brunt of safety concerns. Here, there have been two serious problems in just over five years that have resulted in fatalities and the need for liver transplants.

Contact a Lawyer for a Full Investigation of Your Ocaliva Injury

We are currently investigating the damage done by Ocaliva to patients who trusted it to better their medical situation. We encourage those who have been injured by this drug to come forward. When you have a free consultation, we can discuss the possibility of filing a lawsuit against Intercept Pharmaceutical. If you are able to prove that the drug was defectively designed or that the manufacturer knew of safety issues with the drug and failed to warn the public, you may be entitled to financial compensation. If you or a loved one have been injured by Ocaliva, we would like to talk to you.

Right now, there is a securities class action lawsuit against Intercept for the failure to disclose the health risks of Ocaliva to shareholders. If they failed to disclose these health risks to patients taking the drug, they could be found liable in a lawsuit. We can investigate your injury and sue Intercept in court on your behalf.