In one of the most eye-popping jury verdicts against a corporation in years, a California jury ordered Monsanto to pay $2 billion to a pair of married plaintiffs who claimed that they developed cancer after using Roundup to kill weeds. This verdict is the latest in a string of large judgements against Monsanto in connection to Roundup with more possibly to come in the future. These jury awards reflect not only the severity of the injury that resulted from the use of the product, but the egregiousness of Monsanto’s corporate misconduct that enabled them to keep selling this product for years. There are additional cases pending against Monsanto, including a string of cases near its corporate headquarters. 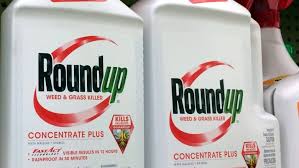 There have been numerous lawsuits filed against Monsanto in connection with Roundup. The number now exceeds 10,000. Plaintiffs have claimed that Roundup is a carcinogen that has caused them to develop terminal cancer. While glyphosate-based products are dangerous in general, Monsanto’s variation of it can be up to 50 times more toxic. The lawsuits have alleged that Roundup is defective in that it is dangerous to its users and causes them harm. The common element of these lawsuits is that the plaintiffs have contracted non-Hodgkins lymphoma after using Roundup for varying lengths of time.

Here, the trial was contentious all the way through closing arguments. Monsanto had attempted and failed to limit the scope of closing arguments to preclude discussion of corporate misconduct. Monsanto had objected to what it claims were tactics aimed at shocking the jury that included lawyers putting gloves on before touching bottles of Roundup. The courtroom was also filled with celebrities who had taken public stands against the company, including Neil Young and Daryl Hannah.

In addition, there was also evidence introduced during the trial that showed that White House policy was geared towards removing regulations for Monsanto, enabling it to more freely sell pesticides. The evidence showed that White House advisers and the EPA disagreed with the World Health Organization’s conclusions about the safety of Roundup. This viewpoint is notwithstanding the concerns expressed by career staffers at the Environmental Protection Agency who have been studying the evidence for many years.

Impact that their cancer has had on them

During the trial, both of the plaintiffs testified regarding their use of the product and the impact that their cancer has had on them. Although both are in remission, they gave accounts of their suffering from the disease. The plaintiffs testified that they believed the company’s advertisements that the product was safe. They did not wear any protective clothing when they were using Roundup, nor did they take any further precautions.

The $2 billion figure was largely comprised of punitive damages against the company. As described below, the jurors felt that Monsanto acted with malice and should be made to pay the price for it. This corporate misconduct reached near the top of the company. This particular jury verdict was the third finding of liability against the company recently. The first verdict found the company liable to a California man for $289 million, deciding that Roundup was the cause of the man’s terminal cancer. The second verdict ordered Monsanto to pay $80 million to the plaintiff after a contentious trial.

One of the extenuating factors here that has angered juries and led to the large verdicts is the evidence of corporate misconduct that the jury has been able to see. Here, there are corporate documents that are seemingly damming for Monsanto. Instead of trying to find out if Roundup is dangerous, Monsanto has invested its time and money in trying to recruit scientists to reach opposite conclusions that it can point to in order to show that its product is not harmful. Monsanto has vigorously disputed the point of view that Roundup can cause cancer and has attempted to present its own competing conclusions. The company has been aggressive in attempting to counter the evidence of the toxicity of its product. The judge in a previous case forbid the plaintiff’s lawyer from introducing evidence of Monsanto’s misconduct during the liability phase of the trial and sternly lectured her when he believed that she was not complying with his directives.

ghostwriters to publish literature written by the company’s scientists

Some of these efforts have included hiring ghostwriters to publish literature written by the company’s scientists. The company had attempted to cloak its own paid for studies in the air of objectivity by hiring third-parties to lend their name and credibility to the reports. Monsanto had been under scrutiny due to concerns about Roundup since the 1990s. To counter this, Monsanto funded and drafted seemingly “independent” research in order to influence the debate. This misconduct has led to large punitive damage awards against the company in the first three cases that have been decided by juries. Given the tendency of this topic to inflame juries, Monsanto has vigorously fought to keep this evidence out of court. Nonetheless, new evidence has emerged in public recently about further specific efforts Monsanto has made to manipulate the debate and new revelations continue to be made as more documentation becomes public.

While the jury award in this case is putatively shocking, it is likely that Monsanto will not have to pay the entire amount to the plaintiffs. Large jury verdicts are ultimately reduced by the judge in many cases. For example, the prior $289 million verdict against Monsanto was upheld on appeal, but reduced by the judge to $78 million. Beyond the trial judge reducing the verdict, sometimes a jury’s decision may be reduced or thrown out on appeal. Nevertheless, there is a strong chance that Monsanto will have to pay out a large award to the plaintiffs as compensation for their cancer.

Major developments in the Roundup litigation

There are several major developments in the Roundup litigation on the horizon in the coming months. There is a trial set for August in Missouri. There have been approximately 75 lawsuits filed against Monsanto in that area, which is several miles from its corporate headquarters. The first of those lawsuits is going to trial in that area. There is another case with two plaintiffs heading to trial in Missouri as well a few weeks after the initial trial.

Judge Vince Chhabria, who is presiding over the multi-district litigation in California

In addition, Judge Vince Chhabria, who is presiding over the multi-district litigation in California, has ordered the parties to attempt to seek a settlement. Judge Chhabria and was the jurist who dressed down the plaintiff’s attorney in the Hardeman case. Specifically, the judge ordered confidential mediation between Monsanto and the plaintiffs’ lawyers. Monsanto, while complying with the judge’s order, still intends to prove at trial that its product is safe. At this stage, the company has too much invested to reverse course and settle the cases. The judge is presiding over 800 trials and has vacated the next upcoming trial date while the parties discuss a possible settlement.

Evidence of Monsanto’s corporate conduct into the trial

As of now, there are roughly 11,000 cases pending against Monsanto related to Roundup. Given the large jury verdicts in the initial cases, the company faces a heavy legal liability. The company has high stakes with these initial trials because they set the stage for the later trials and may force the company’s hand when it comes to settlement. Even when the judge did not allow evidence of Monsanto’s corporate conduct into the trial, the company still lost the trial. Partly as a result of the large possible liability, shares of Monsanto’s new parent corporation Bayer AG have plunged 40 percent since the first verdict against it.

If you or a loved one has used Roundup and has developed lymphoma, you should immediately contact a lawyer. You may be entitled to financial compensation for your condition and, based on the previous verdicts, the amount of compensation may be high. When you retain an attorney for this product liability action, you will retain the lawyer on a contingency basis and will not need to pay the lawyer anything unless you are successful in obtaining some sort of financial recovery from the company. Given the amount of resources that Monsanto has devoted to this crucial litigation, you will want an attorney with experience battling against large corporations and their high-priced lawyers.