Although hip replacements have been hailed as a groundbreaking remedy for joint problems, this advance has not been without complications. There have been a variety of harmful side effects that have been associated with this defective hip implants. Lawyers across the country are filing hip replacement lawsuits to get justice and compensation for victims.

Update-11/21/2020-  A jury in Federal Court in St. Louis failed to grant punitive damages to a victim of a defective hip replacement device. The victim already was awarded 21 million in compensatory damages as a result of the defective hip implant device. The jury awarded 20 million to the hip replacement victim and 1 million to her husband.  The jury declined to award the victim punitive damages against Biomet. (Zimmer Biomet) The lawsuit was filed in 2013. Mary Barnes was implanted with a  M2a-Magnum metal-on-metal hip implant system. The victim asserted that the medical device was defective and substandard testing had occurred. “The metal parts of the artificial joint shed cobalt and chromium fragments, the suit said, causing rejection of the artificial hip, as well as tissue or bone death. Patients then had to have the Biomet hip removed and replaced, the suit says. Bayes had her right hip replaced in January 2008 and her left hip replaced that April.” St. Louis Dispatch 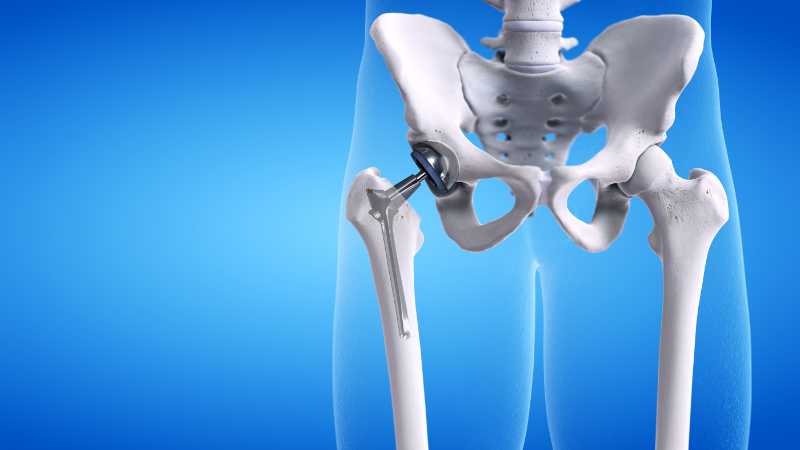 Symptoms of a defective hip replacement

“Risks associated with hip replacement surgery may include:

WHAT YOU NEED TO KNOW ABOUT 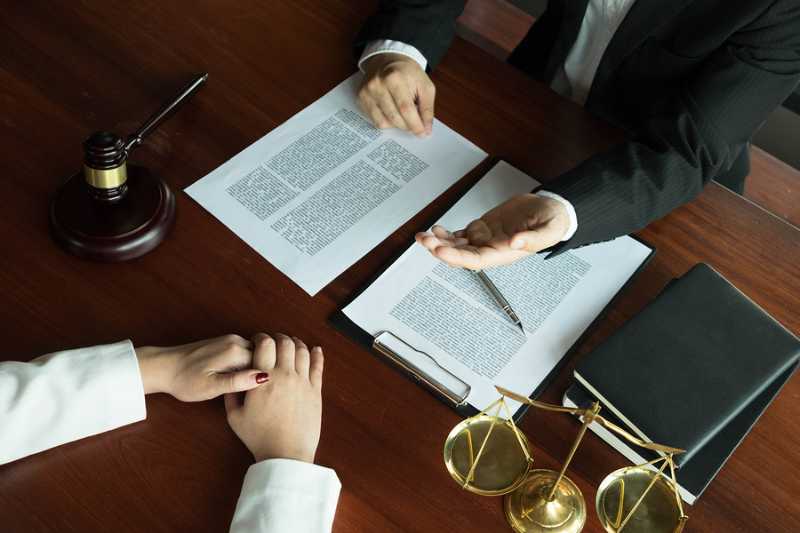 Two of the main manufacturers of hip replacements are Stryker and DePuy. The two companies are competitors in the space. They have filed patent infringement lawsuits against each other. DePuy is a subsidiary of medical and pharmaceutical giant Johnson & Johnson. Stryker is also a major medical devices company in its own right. If you want to file a hip replacement lawsuit, contact one of the best hip replacement lawsuit attorneys in the United States.

As a result of the many devastating effects that recipients have suffered, there are a large number of lawsuits that have been filed against the manufacturers of hip replacement medical devices. Hip replacement lawsuits allege numerous different areas where the companies should be held legally liable. The lawsuits began to be filed in 2010, in the wake of the first recall issued by DePuy. Within a year after the recall, there were already 700 lawsuits filed in federal courts against DePuy. The manufacturer prevailed in many of the early cases relating to the metal-on-metal implant. However, the tide has recently shifted in favor of the plaintiffs in this particular litigation. Recently, plaintiffs have been racking up a string of victories at trial.

One of the more momentous cases in this class of litigation was filed in federal court in Texas. Six plaintiffs filed suit against DePuy for the complications and injuries that they sustained from their hip replacements. The plaintiffs sued under the theory that the metal-on-metal design of the artificial joint was defective. The defective design is what caused their injuries, and the lawsuit proceeded under a product liability theory. Specifically, the metal, which was designed to be stronger, instead caused the plaintiffs to get metallosis. The plaintiffs prevailed at trial when the case went to the jury. In what was a resounding victory, the six plaintiffs were awarded a total of $247 million by the jury..

Stryker has also had to defend numerous lawsuits that have been brought against it for the defective design of its product. There have been thousands of lawsuits that have been filed.  Stryker attempted to defend the lawsuits, but unsuccessfully tried to persuade a federal court in Rhode Island to dismiss the case. After the court denied the motion to dismiss, Stryker entered settlement negotiations with the plaintiffs. In 2014, Stryker settled the class action for approximately $1.4 billion. This established a fund that has given plaintiffs as much as $600,000 in compensation for the injuries that they suffered. 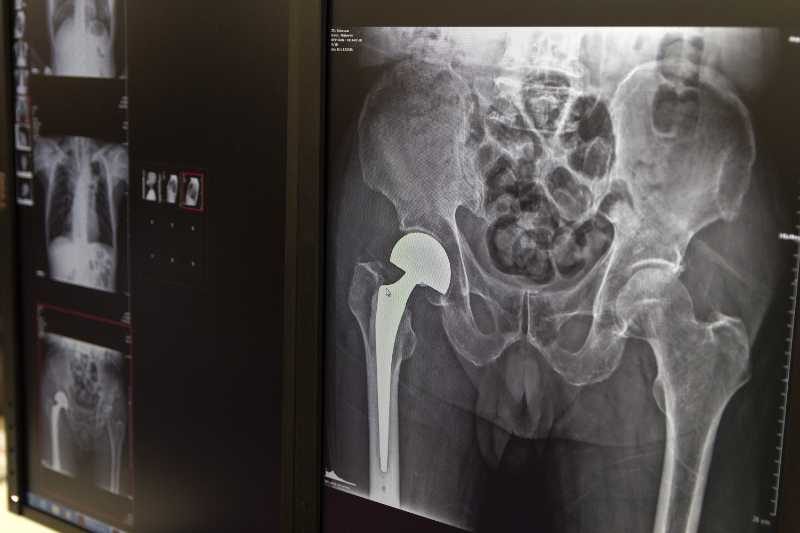 The growing rate of hip replacements, combined with the insertion into the body of a device that contains metal has caused a variety of complications for many of the patients who have received these implants. The highest rates of failure are found in the hip replacements that are metal-on-metal. The failures have been so pronounced that these types of implants are no longer used for full hip replacements, but are not only used in hip resurfacing.

“Metallosis is a rare, potentially fatal complication after arthroplasty, but is generally associated with metal-on-metal prosthetic devices, but it has also been described in non-metallic prostheses [3]. It is defined as aseptic fibrosis, local necrosis, or loosening of a device secondary to metal corrosion and release of wear debris [4], [5]. It occurs due to metallic erosion and release of metallic debris products, which induce massive local cytokines liberation from inflammatory cells [3], [6]. The systemic absorption of metallic particles can cause several clinical presentations depending on the predominant affected system. We present a case of metallosis, with a hemolytic anemia presentation in a patient with a non-metallic prosthesis, which occurred due to facture of the non-metallic component, leading to metal-metal contact. Exuberant radiological findings are described and their importance in surgical treatment planning is highlighted.” NCBI 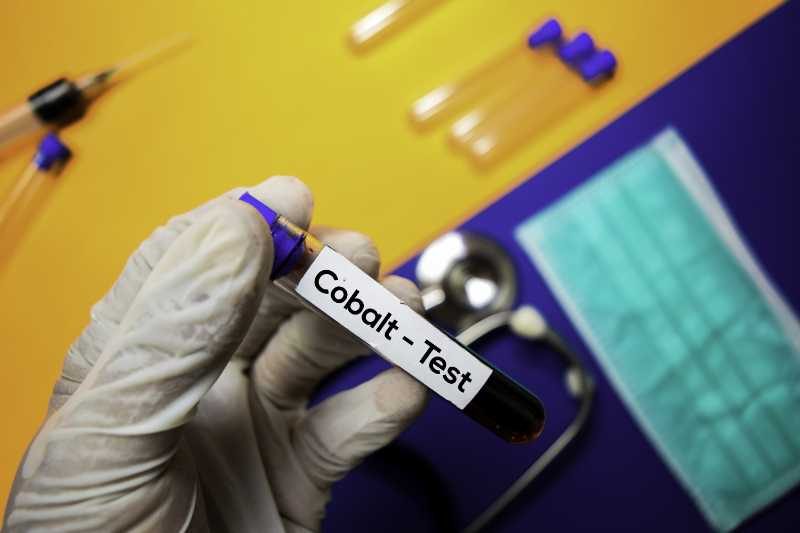 When a patient has received a metal-on-metal hip replacement, it is the introduction of metal into the body which causes many adverse side effects. Metal-on-metal hip replacements have failed at a much higher rate than other types of prosthetic hips. The metal particles have had two primary effects on recipients. The first is that the metal particles get dissolved into the bloodstream and travel to and impact other parts of the body. The second major effect is that the metal inhibits the body’s ability to grow bone around the area that has received the implant. This is a necessary step for the body to heal and fully integrate the hip replacement.  A hip replacement infection lawsuit may be an option for those suffering with side effects.

In practical terms, these two conditions mean that patients experience an unfortunate variety of side effects. At a minimum, many hip replacement patients have experienced pain that occurs many years after the procedure as the artificial joint fails. In addition, many patients have reported suffering infections from the metal. The most severe of the complications stem from the toxicity of the metal. Especially when a hip replacement contains cobalt, this can lead to poisoning in the blood. (metal poisoning and cobalt poisoning) This has caused chromosomal changes that could lead to heart failure, dementia, cancer and many other sever life-threatening issues. The side effects of this product have been so severe that, in 2010, DePuy was forced to issue a recall of its ASR XL Acetabular metal-on-metal hip replacement system. In addition, Stryker’s LFIT V40 Femoral Head was recalled in 2016, affecting products that were manufactured as early as 2006.