The Roundup litigation has evolved into one of the largest mass tort cases in history. After a California gardener was awarded $289 million in a jury verdict, the floodgates opened on a torrent of lawsuits. Once Monsanto was on the receiving end of several sizable jury verdicts, the company elected to settle nearly all of the cases for $10 billion. The amount of money that was at stake in these lawsuits has sparked some allegations of questionable and illegal behavior as other company’s may also face similar litigation over defective weed killing products. One  Roundup attorney has been charged in an extortion scheme against an unnamed company, attempting to coerce them into paying him $200 million as a consulting fee. 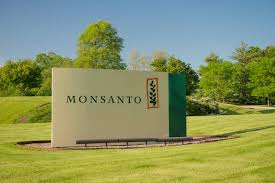 The Department of Justice unveiled an indictment against Timothy Litzenburg, a Virginia lawyer who was involved in the case. He was involved in the representation of Dewayne Johnson, who was the original plaintiff in the case. Johnson was the one who was awarded the $289 million for his terminal cancer that he claimed came from years of Roundup usage. His trial uncovered extensive evidence of questionable corporate conduct to which the jury reacted viscerally, causing it to award a massive punitive damages to Johnson. The verdict is currently on appeal and was not addressed by the global settlement.

The indictment alleges that Litzenburg contacted an unnamed company that had previously acquired another private company. The indictment does not mention Bayer and Monsanto, and the companies deny that his actions were aimed at them. In his letter to the company, Litzenburg claimed to represent an unnamed plaintiff. He informed the company that it faced a large amount of liability in relation to this person’s possible claims. Litzenburg even went so far as to send a draft copy of the complaint to the company for its review.

The Defendant Demanded an In-Person Meeting

He Asked for $200 Million for a “Consulting Agreement”

Litzenburg was seeking a consulting agreement with the company. He was asking for $200 million for the arrangement. What he particularly proposed to do in exchange for this fee was not described in the indictment. Litzenburg did make clear that one of the purposes of the consulting fee was to create a conflict-of-interest that would preclude him from representing any plaintiffs that were suing the company. In other words, the consulting fee was essentially to keep him on the sidelines during potential litigation, even though he said that the consulting fee would not resolve any of the litigation to be brought by his potential clients. He made his role in the Monsanto litigation clear to the company so they would understand the threat that he posed.

He Threatened to Be the Company’s “Biggest Problem”

Litzenburg followed this up with a written demand. He wanted a $5 million settlement for the potential first lawsuit along with the consulting fee. He threatened to “lead the charge” for “Roundup Part 2.” He issued implicit threats against the company’s reputation and stock price.

The company’s attorneys reported the conduct to the United States Postal Inspection Services because the use of the mails for the threat was potentially illegal. They agreed to let USPIS record the call. Litzenburg continued to seek payment in exchange for talking to his clients about their lawsuit. He continued to press for the consulting agreement. He said that he was the company’s “biggest problem” and threatened that his actions could lead to a 40% drop in the company’s share price. He even went so far as to lay out the exact details of the proposed consulting arrangement and the name of the entity to which the money would be paid. The proposed consulting for which he wanted $200 million would not last for more than a few weeks per year. One of the boldest parts of Litzenburg’s scheme was to propose a deposition of the company’s toxicology expert so he could “take a dive” to harm prospective clients’ chances during litigation.

The Charges Against the Defendant

Litzenburg was charged with attempted extortion, conspiracy to commit extortion and for using the mails to further his scheme. The crime of extortion means that one cannot obtain money or property from someone else with their consent through threats of force, violence or fear. Even if one does not actually try to extort money from someone else, they are guilty of a crime if they agree with another person to commit extortion and takes one step in furtherance of the agreement. This is what is known as a conspiracy, and it is a crime. The second one makes use of the phone or mail to further this scheme, they can be charged with wire fraud or mail fraud, and it adds another crime to the list of offenses with which they are charged. Emails are considered a predicate for a wire fraud charge.

If convicted of the crime, Litzenburg faces substantial prison time. The maximum penalty for extortion is a 20-year jail sentence, although his penalty may not be that severe since he did not threaten violence. If convicted, Litzenburg will certainly lose his law license.

Have You Been Injured By an Herbicide? Get Legal Help Now

In the meantime, the Bayer settlement of the Roundup claims sets aside a fund to settle future cases filed against the pharmaceutical and agricultural giant for cancer caused by Roundup. There is still time to file a case against the company if you have not already done so in order to be eligible for your share of the settlement agreement. You should contact a Roundup liability attorney to learn more about your legal rights. If you have used another weed killing product and have developed lymphoma or any other kinds of cancer, you may also be entitled to substantial financial compensation. Contact a product liability lawyer today to learn more and to schedule a free consultation.