PDE5 inhibitors are medications for men that are intended to enhance sexual function by treating erectile dysfunction. These drugs have been hailed as modern-day miracles and have been large profit-makers for the medications’ manufacturers. However, among the side effects of these medications is the possibility, as detailed by several research studies, that these medicines can cause melanoma. Below you will find a pde5 inhibitors list.

*** We are no longer accepting Viagra and Cialis lawsuits*** 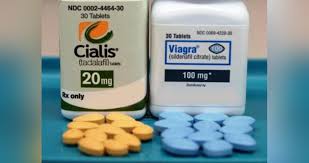 Update-7/19/2020-  “Pfizer Inc. and Eli Lilly & Co. won final judgment from the Northern District of California in multidistrict litigation alleging Viagra and Cialis increase the risk of skin cancer, following the court’s earlier exclusion of the plaintiffs’ expert witnesses. The U.S. District Court for the Northern District of California granted the defendants’ unopposed motion for summary judgment, paving the way for the plaintiffs to appeal the evidentiary ruling.” There are currently no pending lawsuits. At one time there were 1076 lawsuits pending in the MDL.

10/15/19- “With billions of dollars on the line for two of the world’s largest pharmaceutical firms, a medical researcher testified Tuesday of a “plausible” link between erectile dysfunction drugs Viagra and Cialis and skin cancer. “There is a biologically plausible mechanism by which sildenafil causes accelerated melanoma progression,” Dr. Rizwan Haq of the Dana Farber Cancer Institute testified in court Tuesday, basing his conclusion on an analysis of about 50 research studies. Haq testified on the first day of a four-day causation hearing, after which U.S. District Judge Richard Seeborg must decide if the science underpinning claims against Pfizer and Eli Lilly is good enough to justify a jury trial. More than 800 lawsuits were filed against the pharmaceutical giants and consolidated in a multi district case in San Francisco.” Courthouse news

The Cialis and Viagra MDL was entitled:  IN RE: Viagra (Sildenafil Citrate) and Cialis (Tadalafil) Products Liability Litigation

While there has been some scientific disagreement with this research, the link between PDE5 inhibitors and skin cancer has not been conclusively disproven. There are a number of lawsuits that have been filed against the manufacturers of these drugs alleging that the plaintiffs’ melanoma was caused by these drugs or was made worse by them. If you have taken any of these medications and have been diagnosed with skin cancer, you should immediately consult a PDE5 lawsuit lawyer to discuss your legal options.

Do I qualify for a Cialis or Viagra lawsuit?

Many victims who do not meet these exact qualifications may still have a Viagra skin cancer lawsuit and should contact a Cialis lawsuit lawyer.

What are PDE5 Inhibitors?

Although the name PDE5 inhibitor may not mean much to the average American, everyone is familiar with these drugs. PDE5 inhibitors include Viagra, Cialis, Levitra and Stendra. Commercials for these drugs are ubiquitous and countless cultural references have given these medicines a large place in the national mainstream.

This category of drugs is intended to treat men with erectile dysfunction. There are approximately 30 million men in the United States who suffer from this disorder. There are varying degrees of dysfunction from the inability to get an erection at all to difficulty in keeping one.

Below you will find a list of PDE5 inhibitor

PDE5 inhibitors have high sales numbers for the companies that manufacture them. For example, Viagra has generated as much as $2 billion per year in revenues for Pfizer. According to the Top Pharma List, Cialis is usually in the top 30 of all U.S. drugs in sales. These drugs are in demand and continue to generate significant sales.

PDE5 inhibitors get their name from the fact that they inhibit phosphodiesterase-5. This is an enzyme that destroys the cyclic guanosine monophosphate (CGMP), which is an essential messenger in the process of achieving an erection. The PDE5 inhibitors ultimately work to increase the blood flow to the penis, which results in an erection. When a male receives sexual stimulation, blood flows to the penis. It is the CGMP that is responsible for the erection by impacting the amount of blood that goes into the penis as well as the amount of the blood that goes out of the penis. Essentially, the PDE5 inhibitor allows the CGMP to do its job free from interference by enzymes.

Viagra was the first PDE5 inhibitor to be approved by the FDA. It has been on the market for over 20 years. Cialis and Levitra obtained FDA approval in 2003. Viagra is the highest-selling drug in this class according to Grand View Research with nearly half of the market.

Side Effects of PDE5 Inhibitors

There are numerous side effects from these medications. As everyone knows from the commercials and other media, patients should not take a PDE5 inhibitor if they have a history of heart problems. They may also cause dizziness or a sudden decrease in blood pressure.

In 2014, there was a study released about this class of drugs that drew a large amount of attention. Specifically, this study stated that there is a link between PDE5 inhibitors and skin cancer. A study published in JAMA Internal Medicine stated that PDE5 inhibitors increased the risk of melanoma by 84 percent. Not only have studies shown an increased risk of contracting skin cancer, but PDE5 inhibitors may also lead to increased tumor growth. The study, published in Cell Reports, claims that PDE5 inhibitors will make a case of melanoma more severe. In other words, the tumors will be more invasive and larger than they otherwise would have been in the absence of these drugs.

Subsequent studies have attempted to disprove the notion that PDE5 inhibitors cause skin cancer. The other studies attempted to cast doubt on the results of the initial study by stating that the first study overlooked other risk factors for skin cancer in reaching its conclusions. Nevertheless, the link between these medications and skin cancer is still very much a possibility. In addition, the preponderance of research does show a connection between these medications and the metastasizing of skin cancer. The drug companies have vigorously contested all of these contentions and do not have any warnings on the product labels regarding melanoma.

Several men have filed suit against the drug manufacturers claiming that they got melanoma as a result of taking PDE5 inhibitors. There is currently a multi-district litigation pending in federal court in Northern California that arises out of damages to patients who have used Viagra.

These lawsuits proceed against the drug manufacturer on product liability grounds. The plaintiffs allege that Pfizer knew or should have known of any connection between Viagra and skin cancer as far back the late 1990s, when the drug was approved for usage. However, Pfizer continued to sell the medication regardless and did not warn patients of any increased risk of melanoma from taking Viagra. Not only did Pfizer continue to sell the medication, but the plaintiffs claim that it launched widespread marketing campaigns to increase the drug’s sales knowing of the melanoma risk.

While these medications have been widely prescribed and taken by patients, if the alleged causal relationship between PDE5 inhibitors and skin cancer was known, then doctors would not have prescribed the medications and patients would not take it. At the very minimum, the plaintiffs argue that patients should have been able to make an informed choice about whether to use these drugs.

The lawsuits allege that PDE5 inhibitors are defectively designed because they can cause skin cancer. Not only is there a defect in the design, but the manufacturer was under an obligation to adequately test the product, and the plaintiffs argue that the drug company did not perform sufficient testing. The plaintiffs allege that Pfizer misrepresented the drug as safe for usage, when in fact, it was not.

There have now been hundreds of these lawsuits that have been filed against Pfizer and Eli Lilly, who is the manufacturer of Cialis. These lawsuits are still early in their lifecycle. Discovery has not yet been completed and the cases have not gone to trial. However, given the number of men who have taken these drugs since they have entered the market, the potential amount of claimants and liability for the drug companies is large. The Viagra cases were filed before those involving Cialis, so it is likely that those will be the first ones to go to trial.

If you have taken a PDE5 inhibitor and have been diagnosed with skin cancer, it is crucial that you contact an PDE5 lawsuit attorney as soon as possible to discuss the facts if your case. The Viagra- skin cancer lawsuit lawyer can discuss with you the process for you to file a claim and possibly obtain a legal recovery as well as your chances of success in your case.