The Bair Hugger warming blanket is intended to maintain a patient’s core body temperature during a surgical procedure. The blanket is connected to a warming unit and is placed over a patient’s body to prevent them from becoming too cold in advance of and during the surgery. However, there has been reports that this warming blanket has been connected with cases of infection. Specifically, this blanket is alleged to lead to joint infections since the warming blanket may cause bacteria to circulate in the surgical incision. 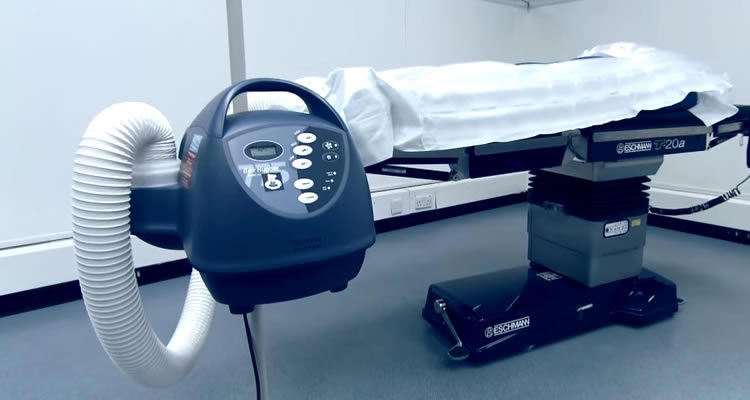 As a result, 3M faces a number of product liability lawsuits brought by patients who suffered harm from post-operative infections. If you have had a surgery using a Bair Hugger warming blanket and have contracted an infection, you should immediately contact a Bair Hugger Warming Blanket lawsuit attorney. A bair hugger lawsuit will help you get a sense of justice as well as compensation. Many  victims are searching for information about: “bear hugger medical” as well as “hip replacement infection lawsuit.”

What is a Bair Hugger Warming Blanket?

When a patient is undergoing surgery and is under anesthesia, there is a need to regulate their body temperature. Patients can get cold during surgery whether it is from the room temperature or the combination of anesthetics coursing through their veins. If a patient’s body temperature drops, it could cause complications during the procedure. Specifically, hypothermia during surgery can slow the healing process and cause a greater risk of infection.

In order to remedy this, many procedures rely upon a warming blanket to normalize the patient’s body temperature. There is a heating unit which provides the warmth to the blanket. It forces the air from the unit to the patient. There is a hose that connects the heating unit to the blankets and transmits the heat. Bair Hugger manufactures several different types of blankets that reflect the multiple types of placement of these blankets during surgery. For example, blankets can be placed on the lower body or the upper body. In addition, blankets can either be used on top of the body or beneath the body.

Used in over 80 percent of hospitals

The usage of Bair Hugger blankets has been widespread since the device received FDA approval in 1987. 3M claims that the blankets have been used in over 200 million procedures and are used in over 80 percent of hospitals. 3M purchased the company that designed and originally manufactured these blankets in 2010. The warming blanket is one product in a line of devices aimed at regulating body temperature during surgery.

There have been several studies released that state that the use of forced air warming during surgery can lead to an infection. This does not occur because the blanket itself exposes the patient to bacteria. However, the alleged problem lies in the actual heating unit. The unit is placed on the floor while it is in operation. The unit expels waste heat while it is forcing air out of the hose. When that happens, the waste heat mixes with contaminated and non-sterile air that is near the floor in proximity to the heater. The heat causes the air to rise and it then circulates throughout the operating room. In other words, the forced air from the heating unit disrupts the sterile air in the operating room.

When particles are carried throughout the air, contaminated air can reach the incision area. In 2011, a study in the U.K. found that this particular blanket contributed to a “significant” increased risk of infection. In fact, this study found that the infection rate of patients using the Bair Hugger blanket was 3.1 percent, which was nearly quadruple the infection rate of patients using another type of warming device. Another study in the American Journal of Infection Control found that 58 percent of the heat warmers were responsible for harmful airborne particles.

When patients contract an infection, it is often a deep joint infection. This occurs when the Bair Hugger blanket is used for hip and knee replacement surgeries. In addition, there is the risk of sepsis and MRSA infections for other procedures that rely on the use of this blanket. This can complicate the recovery from whatever the initial procedure was as well as place the patient at risk for loss of life and limb.

As a result, there have been numerous bair hugger lawsuits filed against 3M due the dangerous nature of the Bair Hugger blankets. There have now been approximately 4,000 lawsuits that have been filed under these facts. For discovery and pre-trial purposes, the cases have been consolidated into a multi-district litigation in the District of Minnesota. While some of these cases have been dismissed, other are starting to go to trial.

These  bair hugger lawsuits have been rooted in product liability claims. The plaintiffs have alleged that the fact this unit pushes out contaminated air is the result of a design defect. According to the complaints, there is a safer alternative design that would not elevate the risk of infection for a patient. In addition, 3M is alleged to have known about the possibility that the Bair Hugger blanket could cause infection, yet it failed to warm doctors and patients of the possibility. Instead, 3M has continued to sell the product without any such warnings. In fact, 3M is alleged to have failed to have any action whatsoever after the studies were released claiming that the Bair Hugger blanket was an infection risk. 3M could have ordered further study, but did not do so.

The inventor of the product has claimed that the product that he created is not safe. However, his statements and testimony have been discounted during the course of the litigation since he has since invented a competing system. His testimony would be a central point of any bair hugger lawsuit, but it has not yet been admissible. “Independent experts say there is no definitive study proving or disproving that 3M’s Bair Hugger patient-warming system increases risks of deep-joint infections after surgery.

But it’s not for lack of trying. Dozens of peer-reviewed papers on the Bair Hugger’s safety profile have been published, some critical, some supportive. None has convinced medical experts or judges that using the Bair Hugger leads to surgical infections, which is why juries are now being asked to decide whether they think it’s happening.” Id.

If you have had surgery that has involved the use of a Bair Hugger warming blanket and have developed a post-surgical infection, you should reach out to a  Bair Hugger Warming Blanket lawsuit attorney to discuss the facts of your case. The Bair Hugger warming blanket lawsuit lawyer can give you an idea of whether they think you have an actionable legal claim and what the process would be to file a claim. Please check back to this blog for a bair hugger lawsuit update. A bair hugger lawsuit will help you get justice and compensation for your injuries and complications.