10 Biggest Car Recalls of all Time

Car recalls are not just a hassle for owners. They signify a dangerous problem that can cost lives if left unaddressed. Many of these recalls only happen after there has been a widespread problem that has already led to numerous critical incidents. Here are ten of the largest car recalls in history.

This recall did not just affect one model of Ford cars. It impacted almost every single Ford in existence. The company was forced to recall over 21 million cars from ten model years. The problem was a defect in the parking gear. The car often slipped into reverse after it was placed in park, causing it to move backwards. This problem led to over 6,000 accidents that killed 98 people. The recall did not fix the problem. Instead, it simply led to a warning that urged owners to put the parking brake on at all times to keep the issue from occurring. 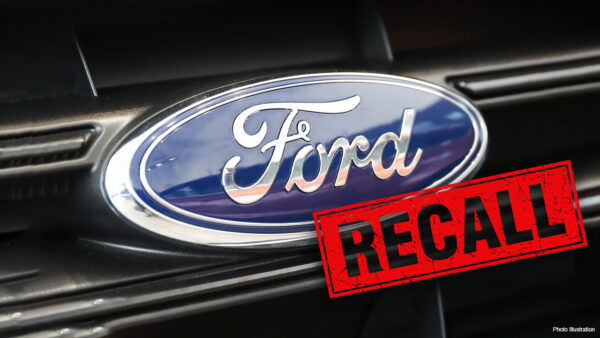 These recalls occurred over a decade, and they touched 15 million vehicles. Here, the issue was with the speed control system. There was an electrical problem that caused short circuiting in this system. This increased the risk that the vehicle could have an underhood fire. In total, there were seven recalls over a decade. The problem was so serious that NHTSA issued a safety bulletin to Ford owners who did not have the work done, urging them to disconnect the speed control system.

The automaker holds the dubious distinction of having the three largest auto recalls of all-time. This problem involved ignition switches. Again, the issue is that they had the potential to short-circuit. This had the potential to cause fires. The recall was to replace the faulty ignition switch. The difficulty for owners was that this problem could arise even when the car was parked and turned off for hours. Numerous owners had their cars catch fire in their garage, damaging both their vehicle and their home. The recall impacted cars over six model years.  See more about the Ford Speed control deactivation switch.

“On April 25, 1996, Ford Motor Company announced it would conduct one of the largest recalls for a safety-related defect in the history of the U.S. Department of Transportation. The recall covered approximately 7,900,000 Ford, Lincoln, and Mercury vehicles in the U.S. from model year 1988 through 1993 for a defect in the ignition switch causing the cars to catch ablaze spontaneously (NHTSA recall number 96V-071). The recall occurred after years of concealment by Ford that saw parked Fords go up in flames across the country when the ignition switch developed an internal short circuit, overheated and caused the surrounding material to catch on fire. Some of the vehicles were parked in garages and burned houses when they ignited.” Auto Safety

This was one of the earlier wide-scale auto recalls in the United States. General Motors could hardly be considered to have adeptly or even honestly handled the recall. Here, the problem was with the engine. The car had a separated motor mount that caused engine lift. This meant that throttle could momentarily increase out of the blue. In addition, the car could experience failures in steering and jammed accelerators and gear shifts. GM claimed that it was only doing the recall to “correct misinformation.” The company had originally denied that there was a problem.

This recall affected nearly six million vehicles. While the problem seemed simple, the consequences were drastic. The bolts that connected the lower rear control and the car frame would fracture. This caused the control arm to drop from the car. This led to a loss of control of the car. The recall was to repair the bolts to keep the control arm attached. Prior to the recall, the defect was responsible for 27 accidents, although nobody was known to have died from the problem.

“General Motors Corporation ordered the recall of 6.4 million cars and light trucks today to replace bolts that could fall out of the rear suspensions and send the vehicles out of control.” NY Times

This was another seemingly minor issue that became a major problem that led to 89 deaths. Here, the design of the floor mats caused them to interfere with the accelerator. The floor mats would shift while the car was moving, causing the accelerator to become stuck. The driver would not be able to stop the car. Carpets in the car would lead to unexpected acceleration. The company had to pay out billions of dollars in settlement for lawsuits claiming injury or wrongful death from the stuck accelerators.

“Toyota plans to recall 55,000 all-weather floor mats that have been blamed for unintended acceleration in 40 complaint reports collected by the National Highway Traffic Safety Administration. Owners who filed complaints reported their floor mats, which should normally be secured by clips, had become stuck under the acceleration pedal. Toyota, however, has said that in some cases these all-weather mats were merely placed on top of the standard floor mats, rather than being secured with their clips. Regardless, the sticking floor mats have led to eight crashes and 12 injuries. Though only affecting floor mats sold with the Lexus ES 350 and 2007/08 Toyota Camry, the NHTSA is also warning Toyota Prius, Avalon, RAV4 and Tacoma owners to check and make sure their floor mats are properly secured. The potential for an accident to occur is much greater in the Lexus ES 350, however, because it’s equipped with a push-button ignition so that the engine cannot simply be turned off by a key if an owner experiences unintended acceleration.” Auto blog

This was one of Ford’s first major recalls. A connecting part on the seat belt would break, keeping the driver from being able to completely fasten the belt. The problem was with a part called a grommet which cost all of a few cents to make. Nonetheless, Ford had to recall all of the vehicle to replace this part with one made of a different material to ensure that the seat belts worked for all of its 1970 and 1971 model year cars. “In 1972, Ford recalled 4 million cars with faulty seat belts. It said the belt could detach from the buckle.” Money cnn

The underbody shields on the cars did not properly work. When driving over gravel or any other roads, stones from the surface would make their way into the engine compartment. This would cause the driver to lose the ability to steer. The recall was to install a gravel shield to keep these stones from entering the engine compartment. Part of the problem was that GM delayed the recall. The automaker was alleged to have known of the issue for six months before it took any steps to recall the vehicles. In total, 3.7 million vehicles were subject to the recall, and it affected Buick, Chevrolet, Oldsmobile and Pontiac lines.

3.7 million cars were recalled due to a problem with the seat belt release button. Over time, the system would degrade, causing the buckle to fail. All of the problems were because of issues with seatbelts made by a company called Takata. You may remember the name because the company also made defective airbags that caused serious problems. The seat belt problems occurred in cars made by various Japanese automakers that use Takata seat belts, and Honda was the one that was most impacted.

The way that the German automaker handled the recall shows how far car safety issues have come over the last 50 years. Here, there were problems with the windshield wipers screws coming loose that kept drivers from being able to see out the front windshield in a rainstorm. Volkswagen recalled 3.7 million to fix the issue, but it decided to hit drivers with the bill for repairs. Apparently, Volkwagen did not think that not being able to see out of the windshield in a rainstorm was a safety issue that merited the company footing the bill for the much-needed repairs.

If you or a loved one has been injured in a car crash that was due to a defective car or part, you may be entitled to financial compensation. Call a product liability attorney to learn if you have a possible case against the automaker.